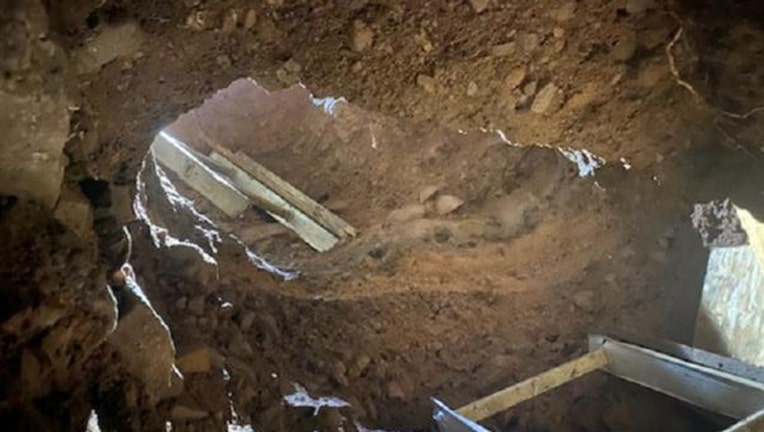 A tunnel west of the Deconcini Port of Entry in Arizona. ( U.S. Customs and Border Protection )

The tunnel discovered on Sunday was west of the Deconcini Port of Entry, authorities said. The opening was about 5 feet north of the International Boundary Fence.

The tunnel crossed under the border fence about 10 feet down, authorities said.

Mexico's federal police tracked down the entrance to the tunnel in the floor of the Grand Avenue Drainage System in Mexico.

The Border Patrol filled in the tunnel on Monday.

This was the 125th tunnel discovered in the Tucson Sector since 1990, U.S. Customs and Border Protection said in a news release.

In August 2018, federal agents found a drug-smuggling tunnel that connected a house in Mexico to an abandoned KFC restaurant in Arizona. 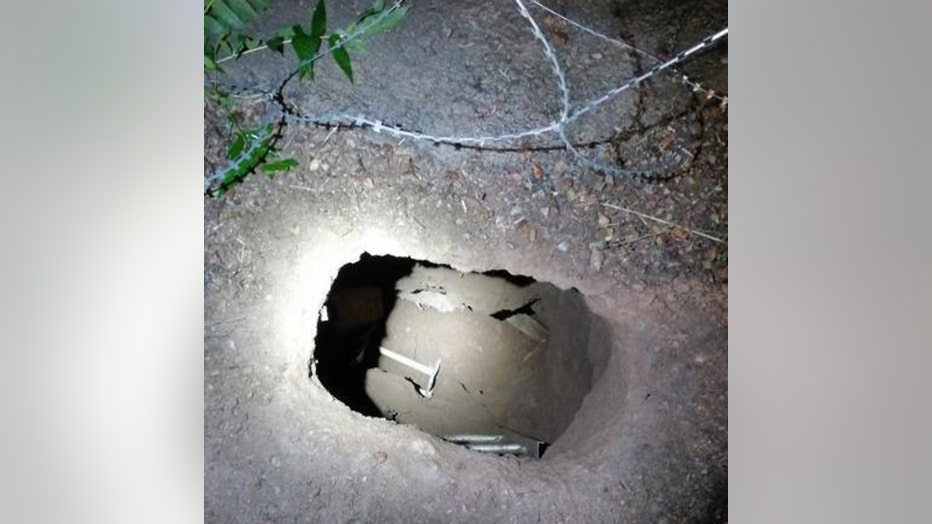 A tunnel west of the Deconcini Port of Entry in Arizona. (U.S. Customs and Border Protection)

Get breaking news alerts in the FOX 5 NY News app. It is FREE!