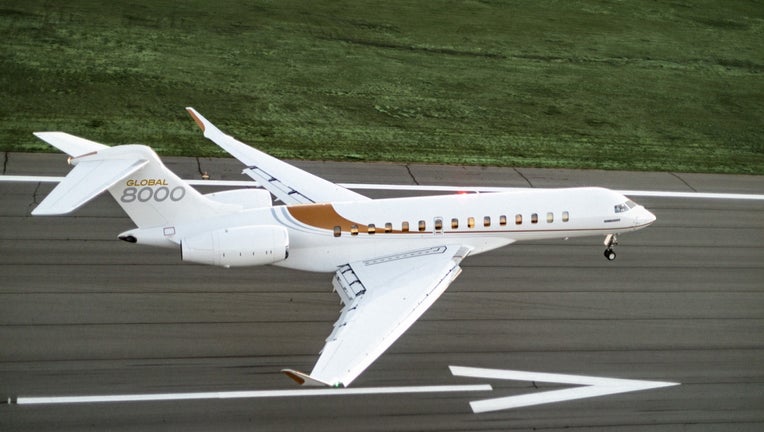 Bombardier Global 7500, photographed at Mojave Air & Space Port and across southern California on April 16-17, 2019, from Wolfe Air AStar 350B and Learjet 25B

Canadian jet company Bombardier unveiled plans this week for a new supersonic jet that will become "the fastest in civil aviation since the Concorde."

The jet’s design is based on the company’s Global 7500, the aircraft that broke through the speed of sound during a test flight last year, reaching top speeds of Mach 1.015 while accompanied by a NASA F/A chase plane.

The luxury liner will have special lighting to counter jet lag and "zero gravity" position seats with a cabin altitude of 2,900 feet when flying at 41,000 feet.  Its long-range capabilities will allow for "exclusive" direct flights from places like Dubai to Houston, Singapore to Los Angeles, London to Perth, and more, the company said.

The race to bring back supersonic travel

It’s been nearly two decades since the last flight of the supersonic Concorde, which British Airways and Air France began using in 1976 to zip passengers in luxury across the Atlantic. The last one was retired in 2003, three years after an Air France Concorde crashed into a hotel shortly after takeoff from Paris, killing everyone on board and four people on the ground.

Falling passenger numbers were also a factor. At the time the service ended, the average round-trip price was $12,000 per seat, according to FOX News. 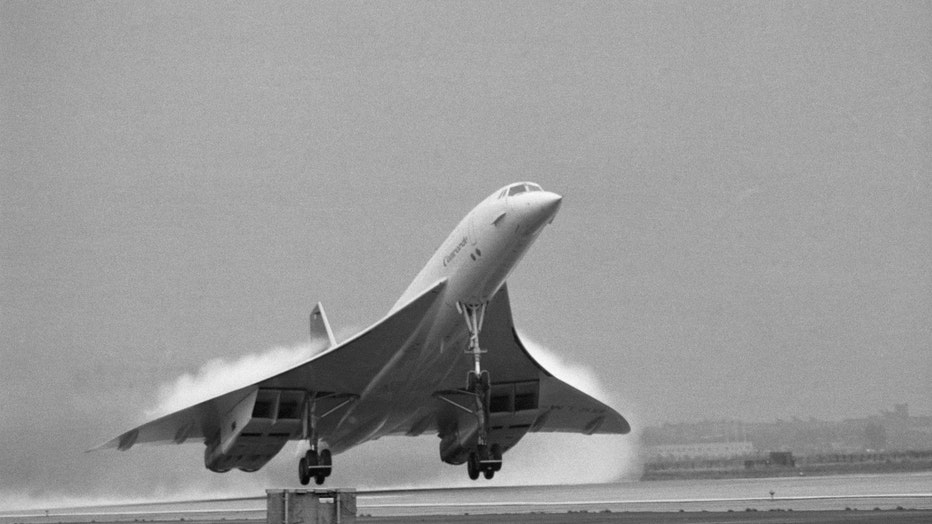 Several companies are working to come up with new supersonic jets that would be more economical on fuel — and create fewer climate-changing emissions — than the Concorde.

Boom Supersonic is working to develop a plane it calls Overture. The Denver company said the planes will be capable of speeds up to 1.7 times the speed of sound, or about 1,300 mph. That is slower than the Concorde but much faster than current airliners, which generally have cruising speed around or slightly above 500 mph.

The travel times could reportedly be reduced between New York and London in as little as three hours and 15 minutes.

United Airlines announced last year that it will purchase 15 jets from Boom Supersonic with an option for 35 more when the company completes a plane that will fly faster than the speed of sound.

United said flights between London and the New York area would be just three and a half hours, and Tokyo would be only six hours from San Francisco.

Boom hopes to test fly a plane by the middle of this decade and be carrying airline passengers in 2029.

"The first generation of Overture aircraft will travel at speeds twice as fast as today’s fastest passenger airplanes. As we continue to improve our technology future generations of our airplanes will fly longer, faster, and for less money. We see a future where the fastest flight is also the cheapest, and there’s no reason to take a slow plane," a spokesperson with Boom Supersonic told FOX Television Stations in 2021.

Supersonic passenger flights are still prohibited over U.S. land, but companies can get FAA approval to conduct flight tests over land at speeds greater than Mach 1.

The story was reported from Seattle. FOX's Stephanie Weaver contributed.