The NYPD wants to find two men who beat a bodega employee over an unpaid case of beer.

NEW YORK - Police say two men kicked, punched, and beat a bodega worker with a bat when he tried to stop them from stealing beer.

The NYPD says it happened on the Lower East Side of Manhattan.

The men went into Deli and Grill at 523 Grand Street at about 4:55 a.m. on June 4 and started to leave with an unpaid case of Coors Light beer. The 65-year-old employee followed them to the door with a bat.

Cops say the men viciously attacked him. Both men repeatedly kicked and punched the man and one of them took the bat from the worker and assaulted him with it, according to police.

The other man went behind the store counter and took $450 worth of Newport cigarettes.

Both men took off eastbound along Grand Street.

EMS treated the injured worker at the store for injuries to his head and body.

The first suspect is described as having a medium complexion, medium build, approximately in his mid-30s, weighing 160 pounds, with short, black hair and multiple tattoos. He was last seen wearing black glasses, a black baseball hat, a black t-shirt, and black pants.

The second suspect is described as having a dark complexion, medium build, approximately in his mid-30s and weighing 190 pounds. He was last seen wearing a black du-rag, a black hooded jacket, a black t-shirt with yellow lettering on the front, and black shorts.

Anyone with information is asked to call the NYPD's Crime Stoppers Hotline at 1-800-577-TIPS (8477) . The public can also submit their tips by logging onto the CrimeStoppers website at WWW.NYPDCRIMESTOPPERS.COM or on Twitter @NYPDTips. All calls are strictly confidential, cops say. 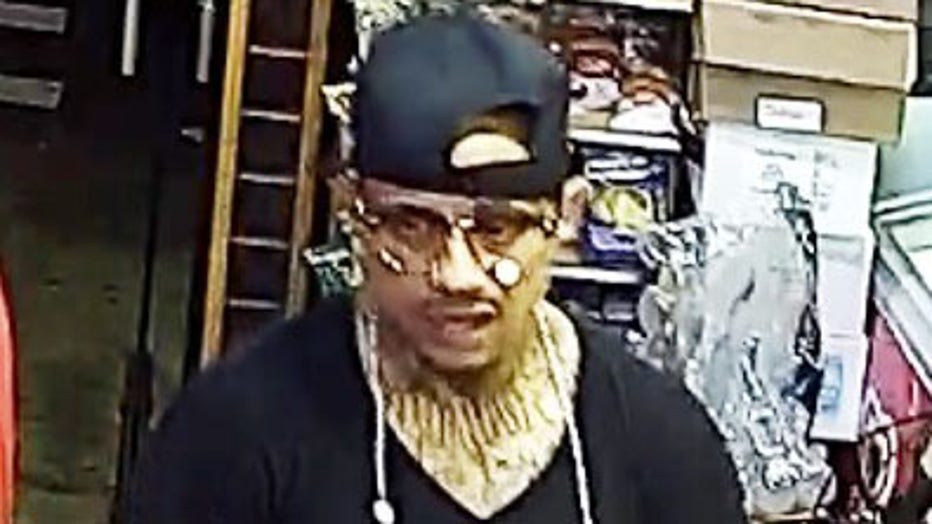 The suspects repeatedly punched and kicked the 65-year-old worker. (NYPD) 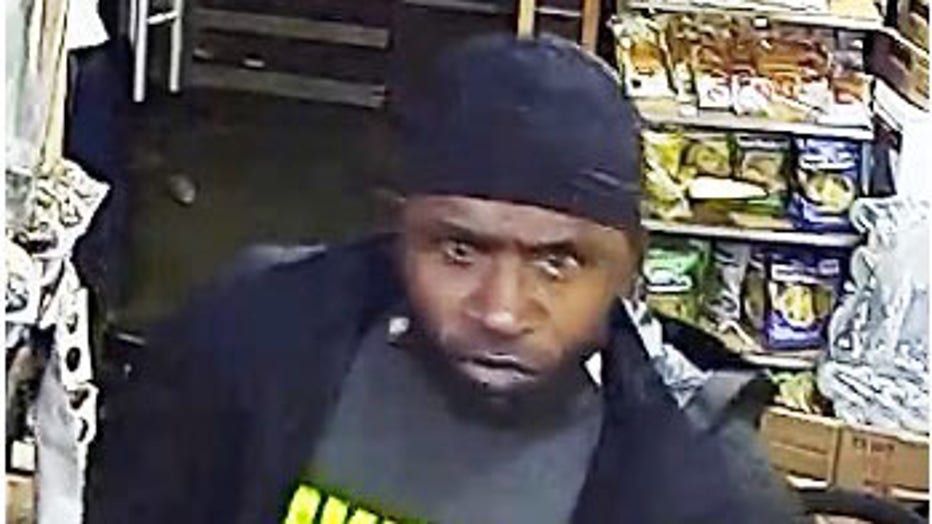 The NYPD says two men beat a bodega worker during a dispute about unpaid beer. (NYPD)