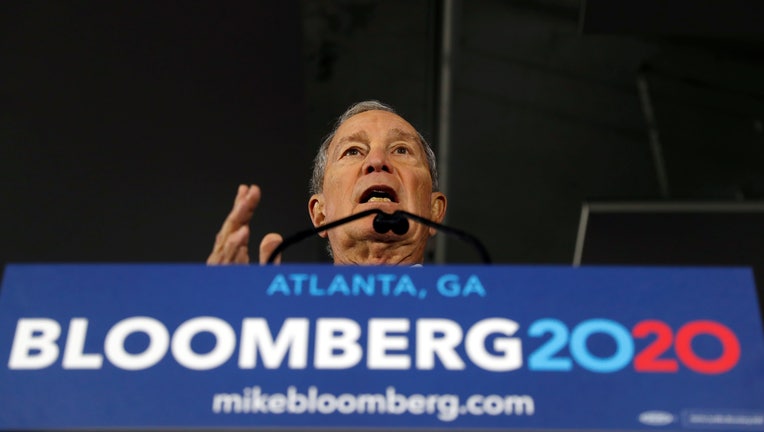 “We don't have anything to hide, but we made legal agreements which both sides wanted to keep certain things from coming out,” Bloomberg said on ABC's “The View.”

But Democratic primary rival Elizabeth Warren, the Massachusetts senator, has called on Bloomberg to release the women from nondisclosure agreements that control what they can say about the incidents.

Bloomberg said Wednesday that the company signed “very few” such agreements and that “most women” in the company would say it's a great place to work, with equal pay and equal opportunity for promotions.

Bloomberg then speculated that “an awful lot of the women” would not want to disclose details of the confidentiality agreements. Bloomberg's company employs roughly 20,000 people.

The billionaire businessman's appearance on “The View” came a day after six of his Democratic rivals debated in Iowa. Bloomberg cannot quality for the debates because he is not accepting campaign contributions. He also appeared Tuesday night on “The Late Show with Stephen Colbert.”

Later Wednesday, the campaign is hosting a “Women for Bloomberg” event in New York.

Bloomberg, 77, is running an unconventional primary campaign. He is skipping the first four early voting states to focus on the 14 states that vote on March 3, known as Super Tuesday. He told Colbert he's spent “a couple hundred million dollars” on his campaign so far.