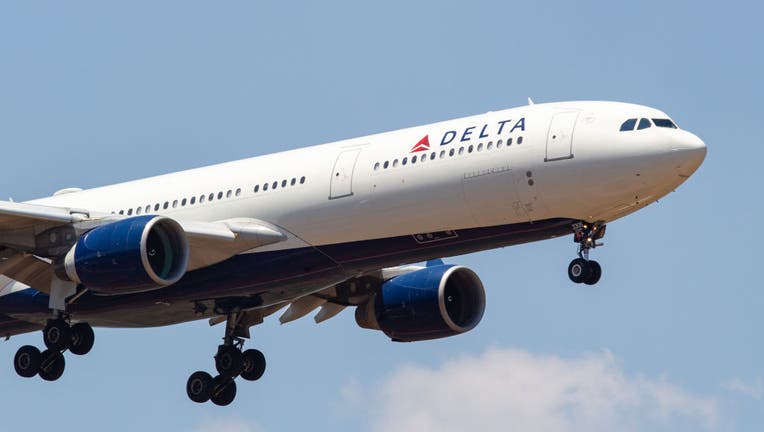 Demetria Poe shared the story on Facebook earlier this week, explaining that she had boarded a flight from Minneapolis to Washington, D.C., last Thursday, after which a White passenger allegedly began trying to provoke Poe with her choice of face covering.

“She left her [seat] and came back with a blue lives matter mask on and a pin to match,” said Poe, who claimed she even helped this woman with her bags before she changed masks.

The woman remained silent until after takeoff, at which point Poe claims she attempted to engage in conversation by saying, "I support blue lives because I support our officers."

Poe allegedly responded by sharing her own opinion: "The life of an officer exists, but there is no such thing as a blue life and that statement is nothing but a rebuttal to the fact that [Black Lives Matter] has been disregarded time after time," she said, according to the account she shared to Facebook.

Poe said the woman continued to provoke her with further comments (such as, “Having Blacks in America has been the best thing for them because they can work [their] way up”), at which point a couple of White passengers came to Poe’s defense. The flight attendants soon followed and offered to move the woman to a different seat.

“Once we landed in DC they told me that she would not be flying with Delta anymore because they do not personally or as a company stand for racism and discrimination,” Poe wrote.

On her return trip, Delta even surprised Poe with a special treat: An upgrade and a special gift bag from Delta containing — among other things — a handwritten note from the Delta staff at Reagan National Airport and a Black Lives Matter pin branded with the Delta logo.

“Dear Ms. Poe,” the note began. “We sincerely apologize for the poor flight experience you encountered on your flight from MSP [to] DCA on 8/27. We hope your flight today is much better.”

“When we say Black lives matter, we mean it. You matter to us, Demetria," the carrier wrote.

In a statement provided to Fox News, Delta Air Lines commended the actions of its employees, and explained that its staff is offered the option of wearing the Delta-branded Black Lives Matter pin on their uniforms.

"The actions of our people in the air and on the ground are what really sets us apart as a company bringing humanity to air travel," the statement read, in part. "W have a lot of work to do for true equity to be within reach for the Black community, and it’s part of our culture to represent efforts our customers and our employees care about."

Poe applauded Delta’s actions in her post, explaining that she shared her experience because “it’s time and situations like these [where] these companies need to take a stance! This furthers why I will only fly Delta Air Lines!”

Even still, Poe, who identified herself as an educator and tutor on Facebook, acknowledged that similar situations could end very differently.

“I just thank God that this didn’t flip onto me because too many cases Black people are guilty until proven innocent,” she wrote.

Fox News has reached out to Poe for further comment. Delta, meanwhile, had already voiced its support for the Black Lives Matter movement earlier this year, raising a Black Lives Matter flag at Delta's headquarters in Atlanta in June.