A bear was roaming a residential area in Laramie, Wyoming. (Source video: Wyoming Game and Fish Department via Storyful)

LARAMIE, Wyo. - Wyoming Game and Fish Department officers relocated a black bear on Aug. 20 after it was spotted roaming in Laramie.

The department said the 2-year-old male black bear was spotted near Van Buren Street and Fillmore Street. Authorities immobilized it with the help of police officers.

Officers transported the bear to the Snowy Range Ski and Recreation Area near Centennial and released it back into the wild.

"A big thanks to the Laramie Police Department for their assistance in capturing the bear and the people of Laramie for reporting a bear in their neighborhood," Wyoming Game and Fish posted on Facebook with a video showing the bear making a dash for freedom, running right over a camera placed on the trail. 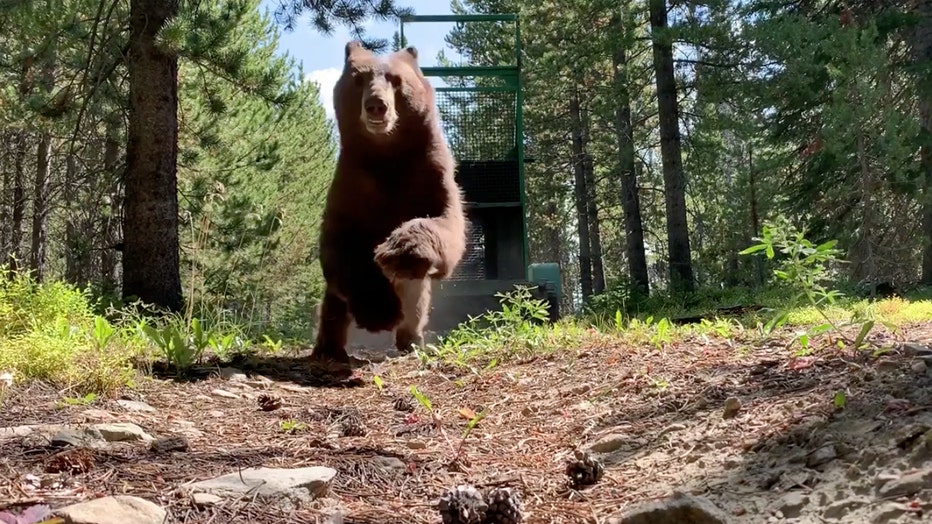 Wildlife personnel released a black bear back into the wild in Centennial, Wyo., Aug. 20, 2020. (Wyoming Game and Fish Department via Storyful)