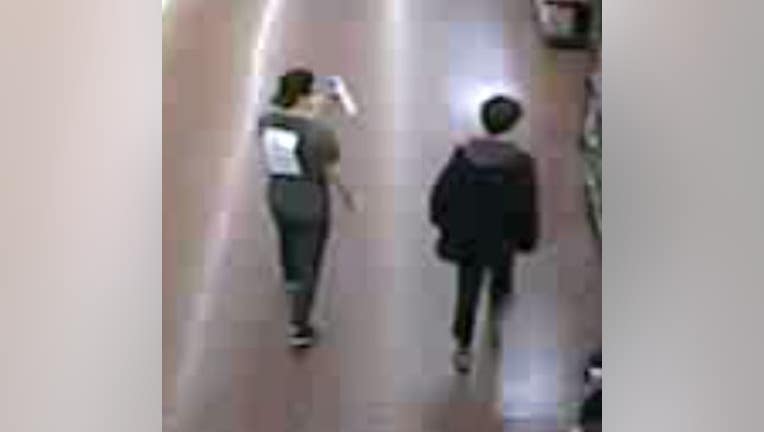 NEW YORK - Police in suburban Chicago were on the hunt for two men who created a coronavirus scare at a Walmart store.

Police in Joliet, Ill. say the men went into the store on Route 59 at about 4:10 p.m. on Sunday.  One of the men put on a yellow medical mask.

He began to spray a substance on thousands of dollars of produce, clothing, and items in the health and beauty department.  He also had a handmade sign on his back that stated:  "Caution I have the Coronavirus."

The men were last seen leaving in a white 2003 GMC Yukon. Police say both suspects appeared to be white men in their 20s.

The spray was later determined to be Lysol.  Walmart estimates the loss of produce to be over $7,300 and cleanup cost more than $2,400.

Police released security camera images of the men in hopes that someone would recognize them and alert officers.