Joe Biden told dozens of donors that he spoke to Barack Obama about choosing a running mate.

Joe Biden knows a thing or two about being a vice president. After all, he held that office from 2009 until 2017.

But what he doesn’t have experience in is picking one. This is his third time running for president. And for the first time, he’s winning.

He sought the presidency in 1988 and 2008, but he failed to win a single primary in either endeavor.

Now that his 2020 campaign has seen him surge from the bottom of a crowded Democratic field to being the party’s front runner, Biden will finally get the chance to choose a running mate of his own.

According to a report by Politico, Biden held a fundraising call with more than 70 Georgia donors where he confirmed he spoke to the man who once chose him as a running mate: Barack Obama. 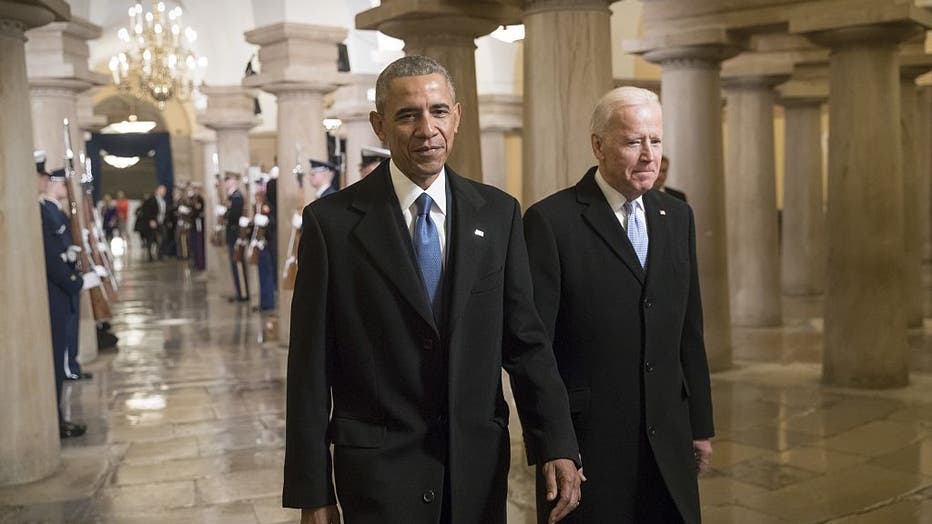 Obama has not endorsed Biden or Sen. Bernie Sanders. In 2016, he waited until Hillary Clinton clinched the nomination to endorse her.

He also consults with both candidates about their campaigns.

In the last Democratic presidential debate, Biden committed to naming a woman as his running mate.

Biden told his donors he’s considering at least half a dozen women, but stopped short of mentioning them by name.

Hoping to rule out any potential hiccups, Biden said his vetting process would be vigorous.

"They have to be prepared," Biden said, according to the New York Post. "Once I pick someone, God willing, if I'm the nominee, that there's not going to be any snafu."

Should he win, Biden, 77, would be the oldest man elected president. He’d be 78 by the time the inauguration rolls around.