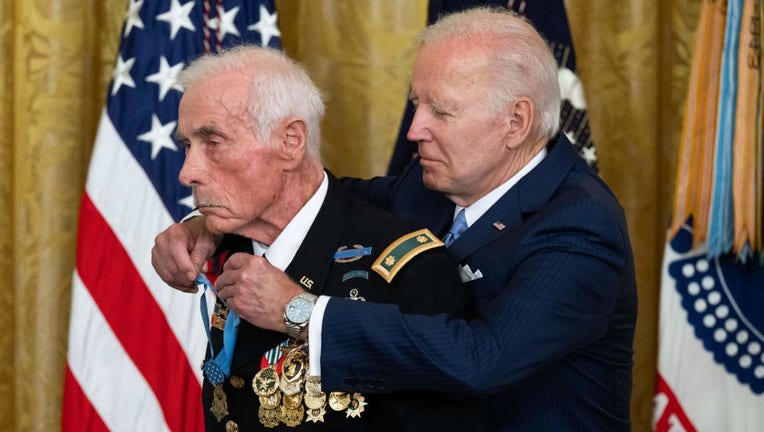 Joe Biden awards the Medal of Honor to retired US Army Major, John J. Duffy, for his actions in the Vietnam War, during a ceremony in the East Room of the White House in Washington, DC, July 5, 2022. (SAUL LOEB/AFP via Getty Images)

WASHINGTON - President Joe Biden on Tuesday bestowed the nation's highest military honor to four Army soldiers for their heroism above and beyond the call of duty during the Vietnam War. 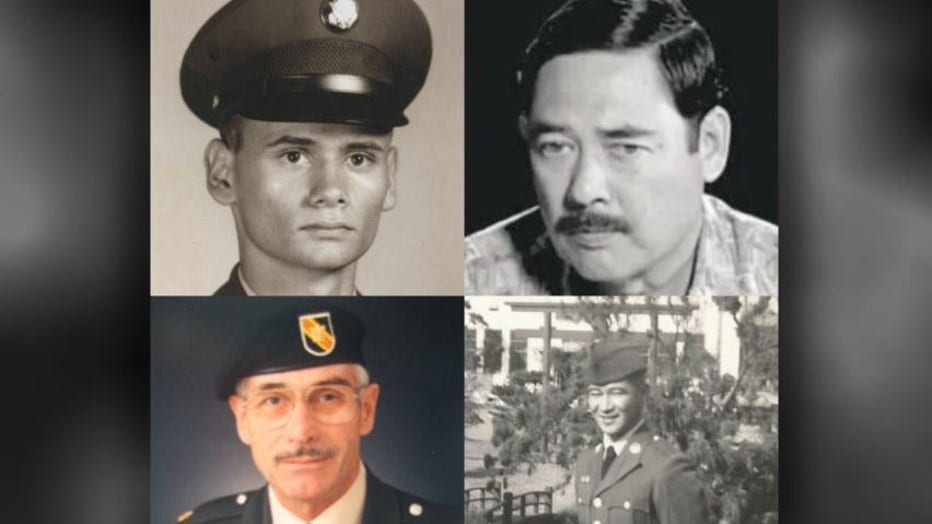 "Not every service member has received the full recognition they deserve," Biden said. "Today, we're setting the record straight."

RELATED: Medal of Honor: Biden awards 3 US soldiers for actions in Afghanistan, Iraq

Recounting their battlefield service, Biden said they "went far and above the call of duty."

"More than 50 years have passed since the jungles of Vietnam," Biden added. "But time has not diminished their bravery."
Kaneshiro died in 1967 of a gunshot wound in Vietnam and is being given the award posthumously for a Dec. 1, 1966 raid, where his unit came under fire by North Vietnamese troops. His actions were credited with helping his unit withdraw from the village where they were fighting.

Birdwell, now a lawyer in Oklahoma City, was honored for his actions in helping to head off an assault and evacuate wounded at Tan Son Nhut Airbase near Saigon on January 31, 1968, despite injuries to his torso and face.

Fujii was awarded the medal for actions over four days in February 1971 treating wounded and directing air strikes against enemy positions after his air ambulance was forced to crash land.

Duffy's award is for leading troops who came under ambush after their commander was killed in action, repelling attackers and evacuating wounded, despite his own injuries.