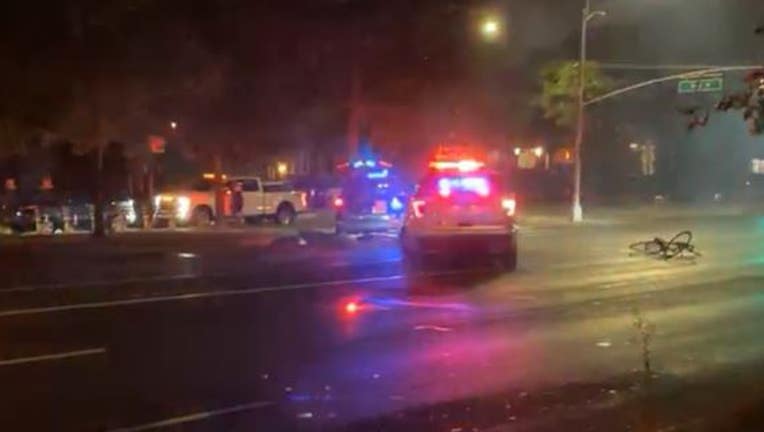 NEW YORK - A 29-year-old man riding a bicycle early Thursday was struck and killed in Midwood, Brooklyn, according to police.

The cyclist was crossing Ocean Parkway at Avenue N at about 12:35 a.m. when he was struck by a 2020 Camaro SS. Police found the man with head trauma. The man was rushed to Maimonides Medical Center where he was pronounced dead.

The driver of the Camaro remained at the scene. According to police, he was traveling northbound on Ocean Parkway with the green light. No arrests were made.

Last week, a 22-year-old man riding a bicycle in the Bronx was struck by a driver who fled the scene.

There was a surge in cyclist injuries and deaths from vehicular collisions prior to the pandemic. In 2019, more than two dozen people were killed on New York City streets.