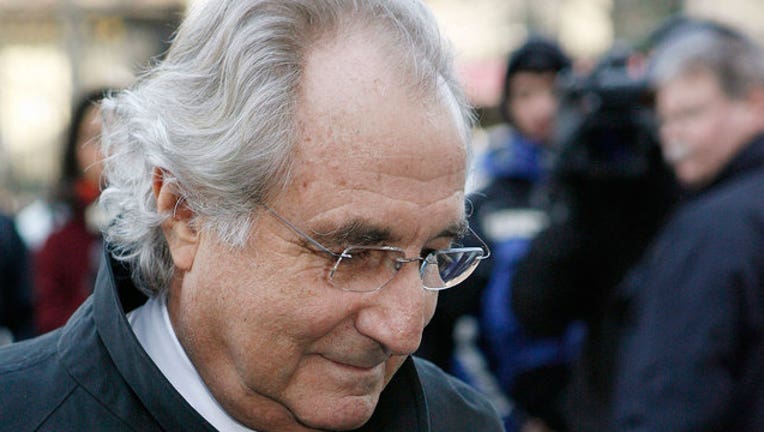 FILE - In this file photo, Bernard Madoff arrives at Federal Court in New York. Madoff, who pleaded guilty in 2009 to orchestrating the largest Ponzi scheme in history, is seeking an early release from prison. (AP Photo/Stuart Ramson, File)

NEW YORK (AP) - Epic Ponzi schemer Bernard Madoff is seeking an early release from prison after a decade behind bars.

The Department of Justice confirmed Wednesday that Madoff has a pending request to get a reduction of the 150-year sentence that a federal judge in Manhattan imposed in 2009 with the public furor over his multibillion-dollar fraud at its height.

It was unclear when the 81-year-old Madoff filed papers asking President Donald Trump, who has final say on clemency, to commute his term he's serving at a North Carolina prison. Ira Sorkin, the lawyer who represented Madoff in his criminal case, declined comment on Wednesday.

Madoff pleaded guilty to orchestrating the largest Ponzi scheme in history. He admitted swindling thousands of clients out of billions of dollars in investments over decades.

A court-appointed trustee has recovered more than $13 billion of an estimated $17.5 billion that investors put into Madoff's business. At the time of his arrest, fake account statements were telling clients they had holdings worth $60 billion.

The justice department's website signals commutation of a sentence is a longshot, calling it "an extraordinary remedy." Grounds for granting it "have traditionally included disparity or undue severity of sentence, critical illness or old age, and meritorious service rendered to the government by the petitioner," it says.

Victims of the petitioner can submit objections before clemency is granted or denied by the president.

Without clemency, Madoff is almost certain to die in custody. The Bureau of Prisons lists his release date as Nov. 14, 2139.