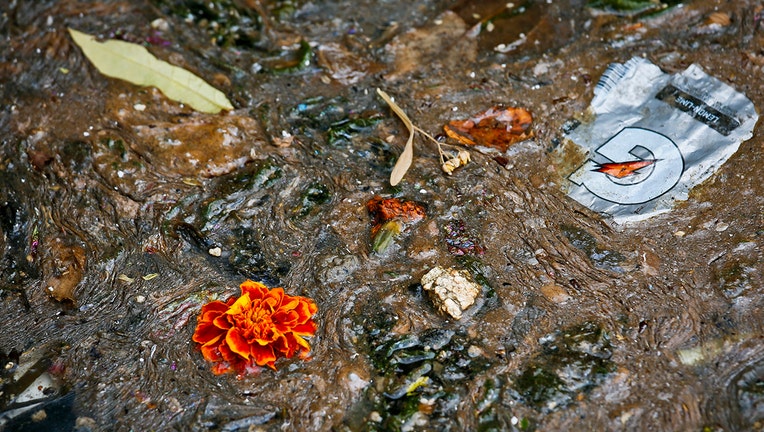 In this file photo, a flower floats along in a sewage run-off on Brooklyn's Gowanus Canal, in New York. (AP Photo/Bebeto Matthews)

The barge carrying dredged material was moored in nearby Gowanus Bay when it sank on Monday, possibly sending pollutants back into the water, the EPA said in a statement. Dredging was halted to allow contractor Cashman Dredging to secure the sunken boat.

The Gowanus Canal, an industrial dumping ground during much of the 19th and 20th centuries, was declared a Superfund site in 2010. The surrounding area has transformed into a trendy neighborhood in recent years even as plans for a multimillion-dollar cleanup of the 1.8-mile waterway proceeded.

The EPA is investigating the sinking of the barge to determine the cause and whether toxic sediment was released into the water, the agency said.