The policy applies to cartridge-based e-cigarette flavors including fruit, candy, mint and dessert flavors. Menthol and tobacco-flavors are exempt, in addition to other kinds of vaping products.

WASHINGTON - A new e-cigarette policy goes into effect Thursday resulting in a number of flavored vaping products being taken off the market nationwide.

The policy, announced last month by the Trump administration, applies to flavors from small, cartridge-based e-cigarettes, the delivery method most popular with teens, including fruit, candy, mint and dessert flavors, according to the U.S. Food and Drug Administration. But menthol and tobacco-flavored e-cigarettes will be allowed to remain on the market. 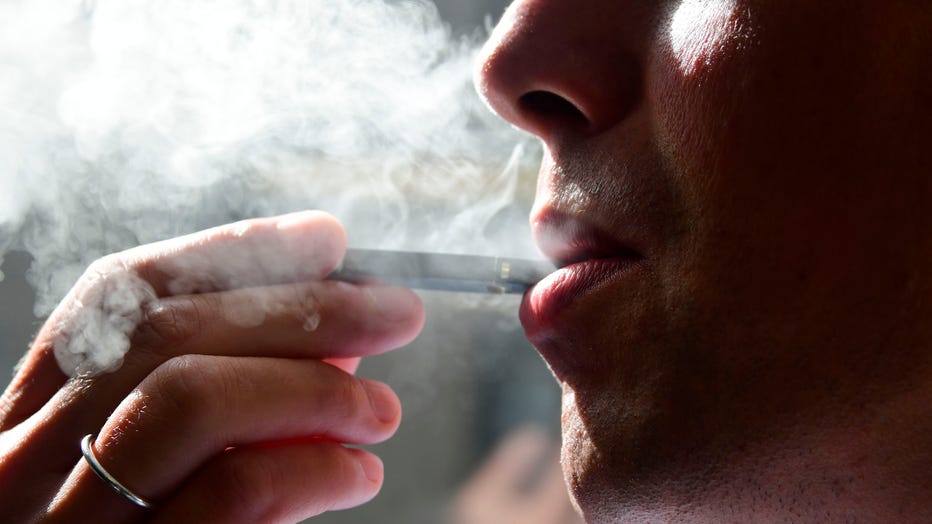 The flavor restrictions apply to e-cigarettes that use pre-filled nicotine cartridges mainly sold at gas stations and convenience stores. Juul Labs has been the biggest player in that market, but it previously pulled all of its flavors except menthol and tobacco after coming under intense political scrutiny.

The flavor restrictions won’t affect the larger specialty devices sold at vape shops, which typically don’t admit customers under 21. These tank-based systems allow users to fill the device with the flavor of their choice. Sales of these devices represent an estimated 40 percent of the U.S. vaping business.

Also exempted are disposable e-cigarettes, including a brand called Puff Bar that has become more popular among younger people, according to the nonprofit Campaign for Tobacco-Free Kids.

The nonprofit criticized the policy this week, stating that it is “riddled with loopholes that allow thousands of flavored e-cigarette products to remain available” and “provides a roadmap for e-cigarette makers to continue addicting kids with flavored products.”

But the new policy represents the federal government’s biggest step yet to combat a surge in teen vaping that officials fear is hooking a generation of young people on nicotine. In a recent government survey, more than 1 in 4 high school students reported using e-cigarettes in the previous month.

In December, President Donald Trump signed a law raising the minimum age to purchase all tobacco and vaping products from 18 to 21 nationwide.

“As we work to combat the troubling epidemic of youth e-cigarette use, the enforcement policy we’re issuing today confirms our commitment to dramatically limit children’s access to certain flavored e-cigarette products we know are so appealing to them – so-called cartridge-based products that are both easy to use and easily concealable,” FDA Commissioner Stephen M. Hahn said in a statement about the policy last month.

“We will not stand idly by as this crisis among America’s youth grows and evolves, and we will continue monitoring the situation and take further actions as necessary,” Health and Human Services Secretary Alex Azar added.

The FDA said it will wait to enforce the policy against companies that don’t comply until after May 12. Additionally, manufacturers of all vaping products must submit applications to the FDA by that date for premarket authorization, according to the agency.

If a manufacturer applies by May 12, the FDA will continue to exercise “enforcement discretion” for up to a year while the FDA reviews it.