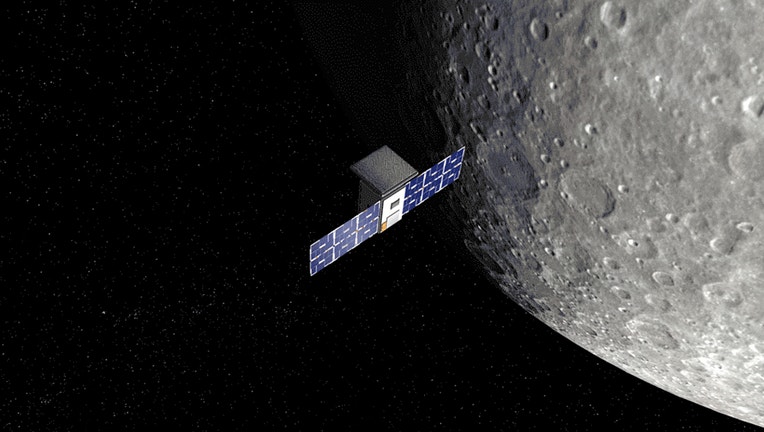 The CAPSTONE mission is planned for launch no earlier than June 2022. Rocket Lab’s Photon satellite bus will deliver CAPSTONE into a trajectory toward the Moon. Credits: Illustration by NASA/Daniel Rutter

Engineers have restored communications with NASA's CAPSTONE spacecraft en route to the moon Wednesday after teams worked tirelessly for 24 hours to get to the bottom of the problem with the tiny spacecraft nearly 200,000 miles from Earth.

Advanced Space, which manages and operates the mission for NASA, confirmed that CAPSTONE is back online on Wednesday, sending signals to Earth via the Deep Space Network.

NASA uses a series of antennas worldwide known as the Deep Space Network to downlink and uplink data with its spacecraft all over the universe, including CAPSTONE.

However, 11 hours after separation, the satellite was not communicating via the DSN.

Mission operators were able to identify the cause of the blackout, and engineers re-established a signal at 7:26 a.m. MT Wednesday, according to Advanced Space. After further recovery efforts, the team gained telemetry from the spacecraft less than an hour later, confirming CAPSTONE was functioning correctly.

Advanced Space said CAPSTONE is back online thanks to rapid engineering support and resources for many mission partners.

CAPSTONE stands for Cislunar Autonomous Positioning System Technology Operations and Navigation Experiment. The $19.98 million technology demonstration mission was designed to test navigating around the moon in a Near-Rectilinear Halo Orbit. NASA plans to use this same specialized orbit for the Lunar Gateway, where astronauts will stop before heading down to the moon in 2025.

Even with the delayed trajectory correction maneuver, the spacecraft could still arrive in its lunar orbit by mid-November.

GET UPDATES ON THIS STORY AT FOXWEATHER.COM