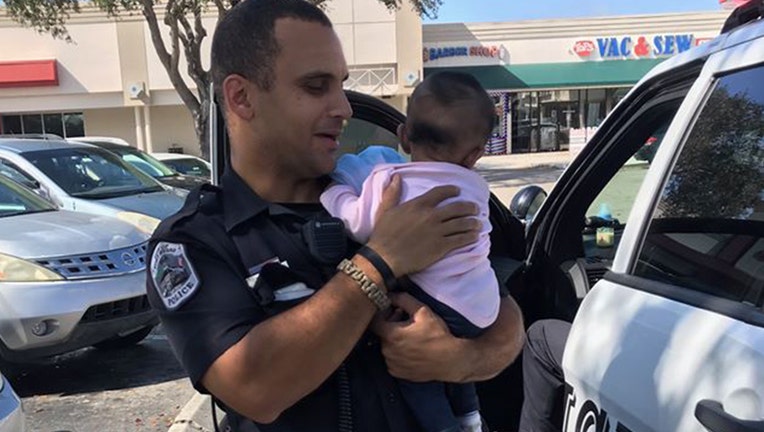 FORT MYERS, Fla. - A Florida couple is facing child neglect charges after police say they left their 4-month-old baby locked in their car while they shopped at a Dollar Tree store.

The Fort Myers Police Department posted photos to Facebook after rescuing the baby from the car on Thursday.

Police were called to the Sam's Club Plaza on South Cleveland Ave. after someone reported that the infant was in the car without the parents.

"Officers freed the four-month-old child and arrested the parents for child neglect," the agency said.

One photo shows an officer bottle-feeding the baby in his patrol car.

The child has been transferred to the Department of Children and Families. The investigation is on-going.

Report: Woman fights off man who swam up to home and broke in