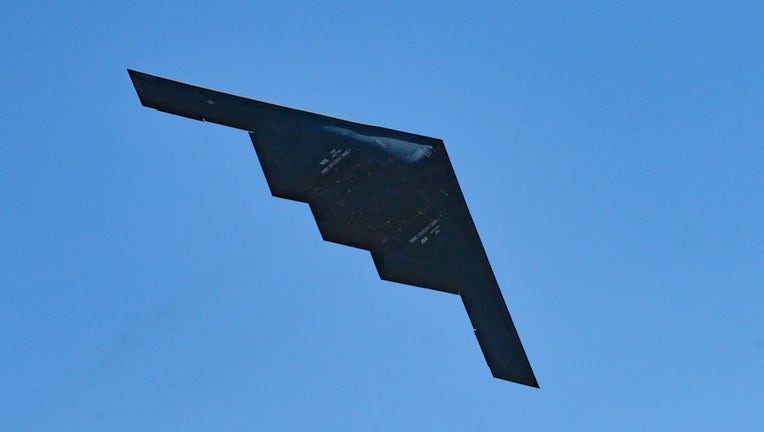 WHITEMAN AFB, Mo. - One of the U.S. Air Force’s few stealth bombers caught fire after an emergency landing at its home base in Missouri over the weekend, the military announced Monday.

According to a brief statement by the 509th Bomb Wing Public Affairs Office at Whiteman Air Force Base, the B-2 Spirit bomber "experienced an in-flight malfunction during routine operations" on Saturday and was forced to make an emergency landing.

The bomber caught fire on the runway after the landing. Air Force firefighters extinguished the flames but the runway remains closed two days later.

"The incident is under investigation and further details will be released upon completion of the official investigation," was all the Air Force added.

The batwing-shaped B-2s are part of the Air Force’s nuclear weapons fleet. Because of their high cost –over a billion dollars per plane – only 21 were built. One was destroyed in a crash just after takeoff in 2008; another had been damaged in a 2010 fire, while a third ran off the runway in a 2021 emergency landing.

The bombers are all based out of Whiteman Air Force Base in Missouri.

Earlier this month, the Air Force publicly unveiled the B-21 Raider, which will eventually replace the B-2 bombers. The next-generation stealth plane looks similar to the B-2 but will be capable of flying without a crew.