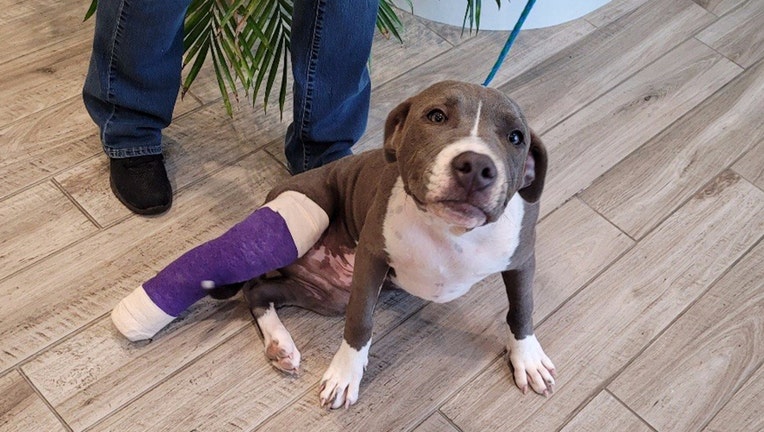 BABYLON, N.Y. - A Suffolk County man is accused of animal cruelty after his dog ended up in an animal shelter with serious injuries.

A video from a security camera showed a Wyandanch man lifting the dog over his head and slamming him to the ground, causing the dog to suffer a broken leg, Suffolk County SPCA said.

Detectives charged the man with animal cruelty and filing a false statement.

The Suffolk County SPCA shared a photo of the recovering dog, whose name is Rocky, showing him with his right hind leg in a purple and white cast.