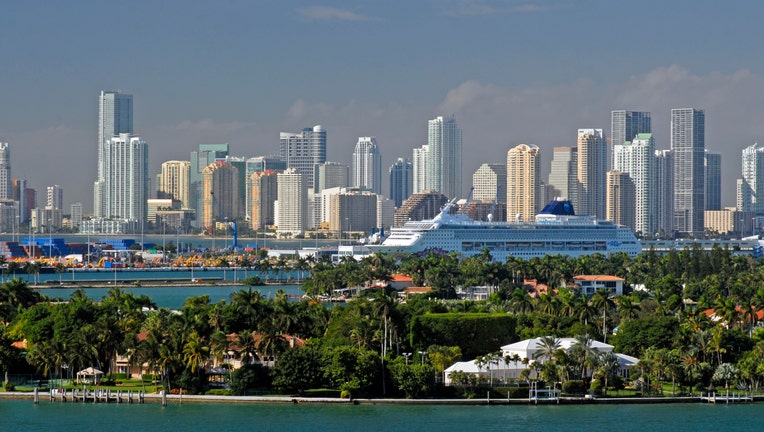 MIAMI - Several buildings in Miami have been evacuated after a powerful earthquake that struck the Caribbean on Tuesday afternoon caused tremors and vibrations in Miami, authorities reported.

A powerful 7.7 earthquake struck south of Cuba and northwest of Jamaica on Tuesday. It was centered 86 miles northwest of Montego Bay, Jamaica, and 87 miles west-southwest of Niquero, Cuba. It hit at 2:10 p.m. and the epicenter was a relatively shallow 6 miles beneath the surface. 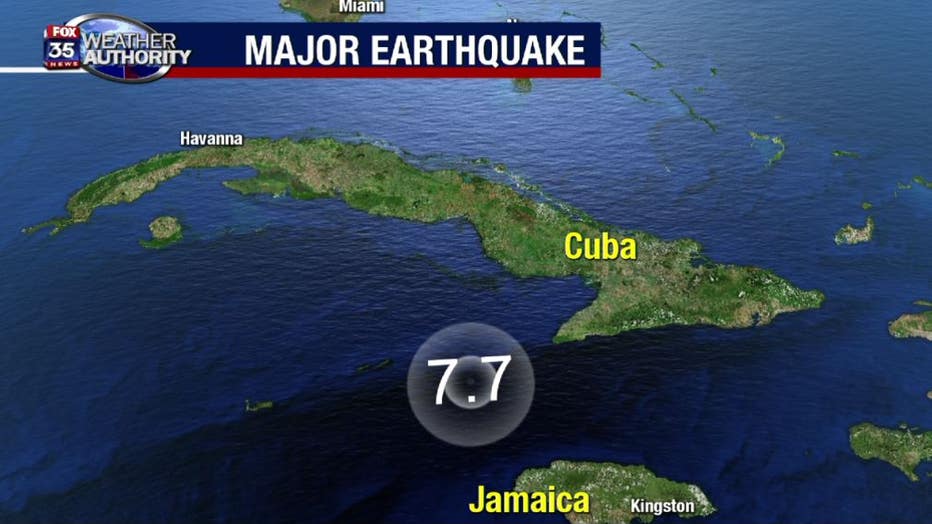 The Miami Police Department confirmed on Twitter that some buildings in the Brickwell area are currently being evacuated after reports of vibrations in that area and Downtown.

The Miami Dade Fire Department also reported tremors being felt at several high rise structures near S. Dadeland Boulevard due to the earthquake.

FOX 35 News spoke to someone in Miami, who said that the law office next to his office -- located on SE 2nd Street -- was evacuated. The tower the man works in also sent out a text saying that "we have spoken with City oof Miami non-emergency response hotline, they have informed us there is an unconfirmed earthquake that occurred off the coast of the Caribbean."

"I didn't really notice it personally, but my co-worker said the building was shaking," he went on to tell FOX 35 News. "I didn't feel at harm but then again, I've experienced small earthquake tremors before." 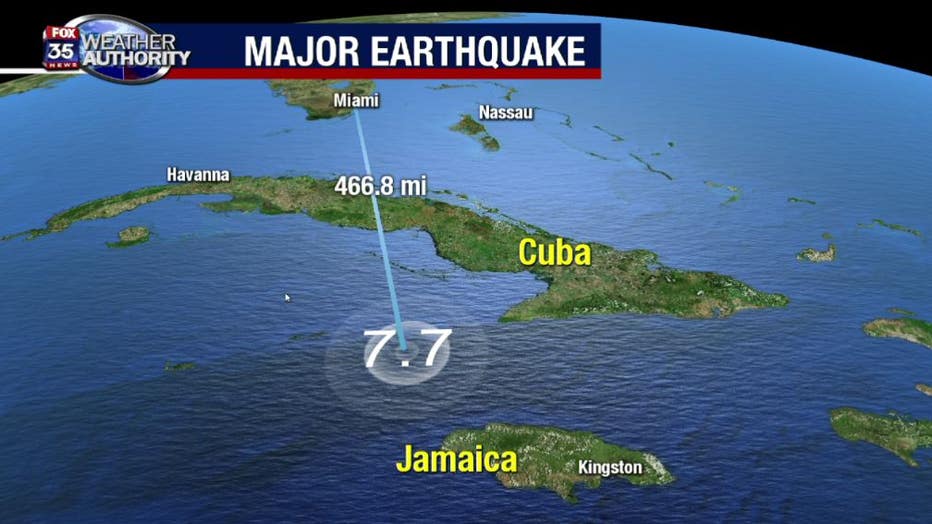 Several others on Twitter said that other buildings were evacuated too.

Others on Twitter started sharing videos of the earthquake shaking items around them.

NOAA says a tsunami warning is in effect for several countries in the Caribbean, including Cuba, Jamaica, Belize, Honduras, Mexico and the Cayman Islands.

The quake could be felt strongly in Santiago, the largest city in eastern Cuba, said Belkis Guerrero, who works in a Catholic cultural center in the center of Santiago.

The quake also hit the Cayman Islands, leaving cracked roads and what appeared to be sewage spilling from cracked mains.

This story is developing, check back for updates.