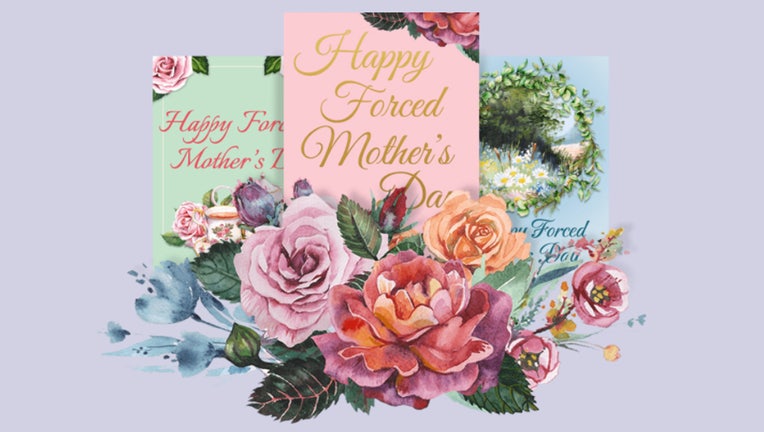 AUSTIN, Texas - An Austin-based ad agency is taking on the controversy surrounding the leaked draft opinion from the U.S. Supreme Court which signaled that Roe V. Wade, the 1973 landmark ruling on abortion is poised to be overturned.

GSD&M has created the Forced Mother's Day campaign where cards can be shared with federal and state elected officials either physically or virtually to urge them to protect abortion rights. The campaign's website says, "Moms are great. But no one should be forced to become one."

"Politicians aren't listening to us. So it's time to speak louder," the website also says.

There are three cards that people can choose from. All the cards say "Happy Forced Mother's Day!" and the backs all say "This could be the reality soon. Fight back. ForcedMothersDay.com".

Inside, the pink card says, "To the mother with everything except the right to choose…", the blue card says "At least you can still choose whether to celebrate…", and the green card says, "We know you wanted a choice, but we got you a card instead."

The website is also urging people to join the May 14 Bans Off Our Bodies rally, sign a petition, and contact the Supreme Court. There are also links to various national organizations that support a woman's right to choose.