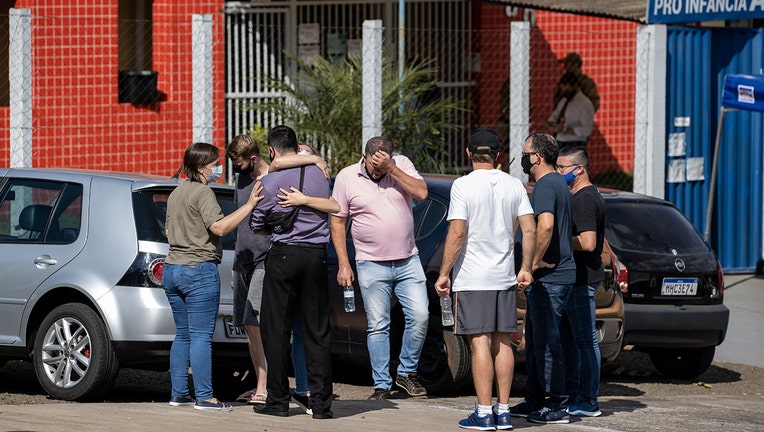 Relatives gather outside the Aquarela preschool in Saudades, in the southern state of Santa Catarina, Brazil, Tuesday, May 4, 2021. According to police an 18-year-old teenager entered the day care center with a knife and stabbed and killed three chil

RIO DE JANEIRO - Officials in southern Brazil say an attacker killed several children and at least one teacher at a daycare center in the city of Saudades on Tuesday.

Municipal education secretary Gisela Hermann described "a scene of terror" at the school in an interview with the online G1 news site. "There was a guy lying on the floor, but still alive, a dead teacher, a dead child too," she said.

The police department had no immediate statement, but O Globo, Folha de S. Paulo and G1 reported three children and two teachers had been killed

G1 quoted police officer Ricardo Newton Casagrande as saying that an 18-year-old had entered the daycare center with a knife.

Santa Catarina state Gov. Carlos Moisés lamented the "devastating news" on his official Twitter profile. "My solidarity with families, the school community and all residents of this welcoming city."