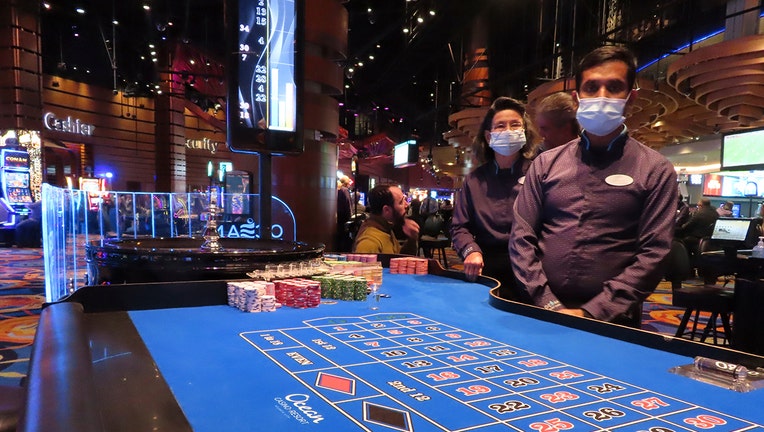 Roulette dealers at the Ocean Casino Resort in Atlantic City, N.J., wait for customers on Dec. 2, 2022. New development projects at casinos and a former airport site, along with a long-awaited year-round water park are among things expected to happen

ATLANTIC CITY, N.J. - How well Atlantic City's nine casinos do in clawing their way back to where they were when the COVID pandemic hit nearly three years ago will go a long way toward determining what kind of year 2023 will be for the New Jersey resort town.

It will feature big new projects, including a long-awaited year-round water park next to the Showboat hotel, and major dining, lodging and entertainment projects at several casinos.

Big questions are looming over the city that could be answered in the new year, including deciding between dueling proposals for developing the former Bader Field airport property, and whether the state Legislature will act on a bill that would end smoking in Atlantic City casinos.

"I'm looking forward to the new year; we're past COVID now," said Bob McDevitt, president of Local 54 of the Unite Here union, the city's main casino workers union. "Our industry has survived that, and with that kind of momentum growing, it could be a good year for the residents of the city and for the casinos."

Our industry has survived [COVID], and with that kind of momentum growing, it could be a good year for the residents of the city and for the casinos.

"In 2022 we were buffeted by a difficult economy and very high inflation, and we're beginning to see that come down," he said, adding that local initiatives on improving safety and cleanliness are cause for optimism.

"That's going to add a new level of confidence," Giannantonio said. "Our customers will see a difference and hopefully that will lead to more visitation." 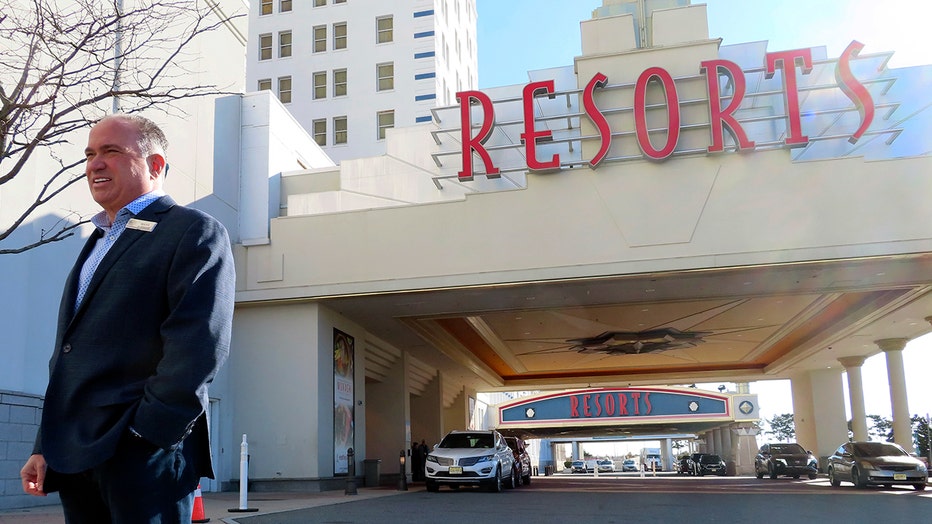 Getting back to and exceeding pre-COVID levels in their core business — winning money from in-person gamblers — remains the top goal of Atlantic City's casinos. Through the first 11 months of 2022, the casinos won $2.56 billion from on-premises gamblers, compared with $2.47 billion in the same period of 2019, before the pandemic hit.

Hard Rock plans to spend $30 million on live entertainment in the new year, Resorts is reinvesting at least $10 million in hotel and casino floor upgrades, and Golden Nugget will embark on a multimillion-dollar renovation of its hotel rooms and infrastructure.

Borgata has also planned yet-to-be announced new investments tied to its upcoming 20th anniversary and Ocean will spend $15 million on renovations to seven more hotel floors, in addition to adding a private helipad.

If you eliminate smoking, we are going to have a pretty significant and immediate downturn.

Still, there remains cause for concern.

Jane Bokunewicz, director of the Lloyd D. Levenson Institute at Stockton University, which studies the Atlantic City casino market, said the industry "could be facing strong headwinds" in early 2023 as a traditionally slow seasonal period meets broader economic concerns. She said it's also possible the growth rate of internet gambling revenue could slow, and that growth in on-premises gambling revenue could be modest — if it materializes at all.

Mike Sampson, senior vice president of operations at the Hard Rock casino, said he believes "2023 is going to be a challenging year for Atlantic City."

"In addition to economic uncertainty, the market will have to adjust to increased hotel inventory while visitation and revenue continues to decline at the majority of properties in the city," he said.

Whether smoking will continue to be allowed in the casinos could also be addressed in 2023 and have lasting impact. For more than two years, a group of casino workers has pushed for a law closing the loophole in New Jersey's indoor clean air law that continues to allow smoking on a portion of the casino floor in Atlantic City.

A bill that would end smoking in the casinos has sat untouched in the state Legislature for more than a year.

"We're suffering; we need help," said Thomas Truitt, a dealer at the Borgata. "When people are blowing smoke in your face, it's hard to breathe."

Giannantonio, who also is president of the Casino Association of New Jersey, said business conditions need to improve before smoking can be ended.

"We have to stabilize the industry," he said during a recent public forum. "If you eliminate smoking, we are going to have a pretty significant and immediate downturn. There is a time for eliminating smoking — I'm not sure it's right now."

State officials also hold the key to another issue: What to do with the former Bader Field airport property, which has sat vacant since its 2006 closure and is the subject of two competing proposals.

Two Philadelphia developers want to build a $3 billion housing, office and retail project on the site, which is one of the largest tracts of buildable land near the ocean on the U.S. East Coast.

But the proposal by Tower Investments and Post Brothers faces competition from a previously announced, auto-centric project endorsed by Atlantic City's mayor, who was about to ink a deal with developer DEEM Enterprises before the state intervened last week and asked for a delay.

The state has the final say on what, if anything, will be built on the site, which used to house an air facility that was the first in the world to be called an "airport.