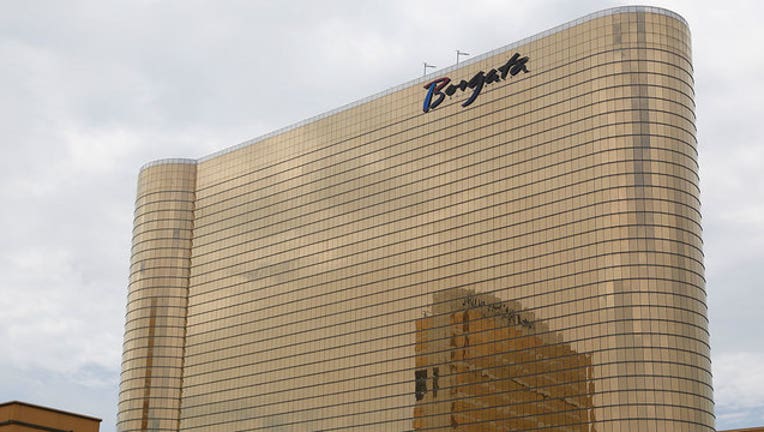 ATLANTIC CITY, N.J. - Travis Lunn takes over Atlantic City's top-performing casino as its two newest competitors are surging in the market. But far from being worried, he's glad for the success of Hard Rock and the Ocean Casino Resort. That, he said, presents an opportunity for the Borgata to up its own game and make sure it continues to be the market leader.

In a recent interview with The Associated Press nearly two months after becoming the Borgata's president, Lunn welcomed the investment and energy of its competition.

"I think that's a healthy thing for us, for the greater overall Atlantic City," said Lunn. "A rising tide carries all ships; I'm a believer in that. This destination could use some reinvestment, and so to see Hard Rock come in and reinvest, and Ocean reinvest in their product, is something I'd leverage.

"I look at Borgata and say, 'What do we need to do to stay relevant and stay competitive?'" he said.

It's been 10 years since the Borgata last redid its hotel rooms.

"That to me is a clear priority," Lunn said. "As the market leader, we need to be best in class in our room product. Right now we have quality, but are we relevant? Do we have the latest amenities inside our rooms? That's on my short list to address."

He succeeds former Borgata president Melonie Johnson, who returned to MGM's National Harbor casino as president and chief operating officer, a job she held before joining the Borgata in 2020.

Last year, Borgata won over $1.1 billion from gamblers, twice the amount of its nearest competitor, Hard Rock. It has led the Atlantic City market since shortly after opening in 2003. But Hard Rock draws much closer in terms of in-person winnings, drawing to within $175 million of Borgata's in-person total last year.

Over and over, Lunn returns to the word "relevant," applying it as well to the casino's slot floor, where 300 to 400 new slot machines will replace some older models.

"I already have $10 million that I intend on spending on the slot floor to update the product that we have available," he said. "Our guests come in looking for a certain gaming experience, and we currently don't offer some of the product that our competitors offer."

Borgata recently hosted a blackjack tournament that Lunn said was well received, and he hopes to offer more in the future as he said people yearn to reconnect to more social activities and forms of gambling in the third summer of the coronavirus pandemic.

Lunn also plans to explore ways to better connect with students at Stockton University and educate and train them for careers in the casino or hospitality industries.

He views being part of a major nationwide gambling company as an advantage in Atlantic City's competitive market.

"There's capital available for us to reinvest in our product," he said. "Part of what I see my job as is to go fight for those dollars."