NORTH PORT, Fla. - It's now been one month since Brian Laundrie returned home to North Port without Gabby Petito. Questions are being raised about his sister and the last time she saw him.

Saturday also marks just over two weeks since Brian Laundrie was first reporting missing on September 17. That same day, his parents told the FBI they actually hadn’t seen him since September 14 when he went for a hike in the Carlton Reserve.

Authorities have been searching the gator-infested rugged terrain ever since, but there's still no sign of Brian.

"Me and my family want Gabby to be found safe. She’s like a sister and my children love her," Brian's sister Cassandra Laundrie said.

RELATED: ‘I would have never let him out of custody’: Sheriff Grady Judd's reaction to search for Brian Laundrie

New body camera video reveals more about the complicated and tumultuous relationship between Gabby Petito and Brian Laundrie and a fight they had weeks before her death.

In an interview posted on September 17, Brian’s sister Cassandra  told Good Morning America the last time she saw her brother was when he returned home on September 1, but we’ve now learned that statement is in dispute.

"All I want is for her to come home safe and sound and this just be a big misunderstanding," Cassandra said.

The Laundrie family attorney, Steven Bertolino, told FOX 13, "Cassie saw her brother Brian on September 01 when he stopped by her home and again on September 6 at Fort De Soto Park.  Law enforcement agencies are well aware of these dates.  Any prior communication by Cassie that does not reflect these dates is simply a difference of relating an answer to a question misinterpreted by Cassie or poorly posed by the inquirer." 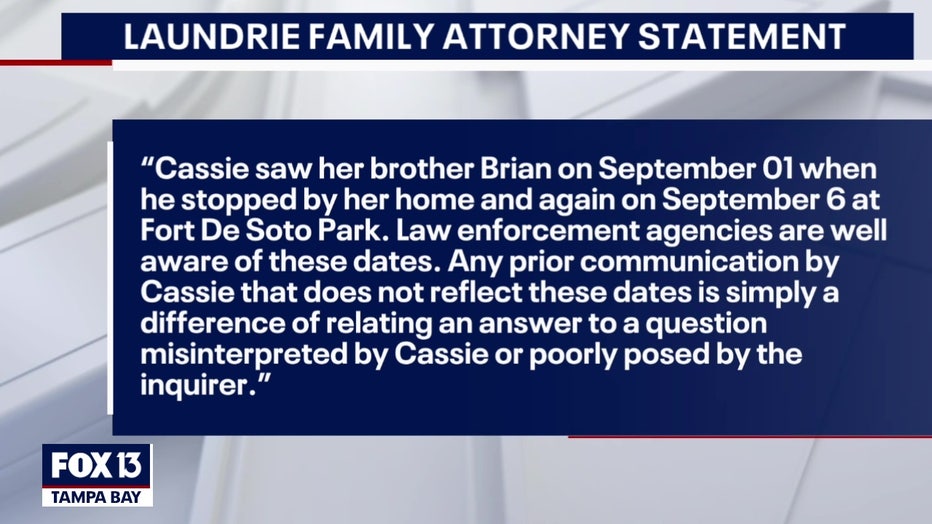 Documents obtained by FOX News show the Laundries checked in to the Fort De Soto Park campground on Sept. 6, scheduled to check out on Sept. 8.

The FBI was last at the Laundrie home on Thursday afternoon. The Laundrie family attorney says the visit was to collect personal items belonging to Brian that will assist the canines in their search for Brian.

FOX 13 reached out the FBI Saturday for an update on the search and are still waiting to hear back. 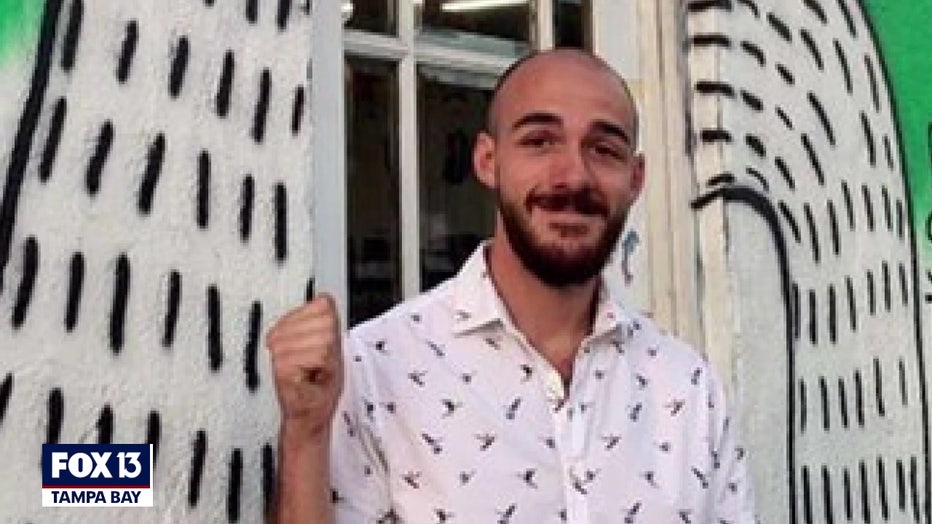