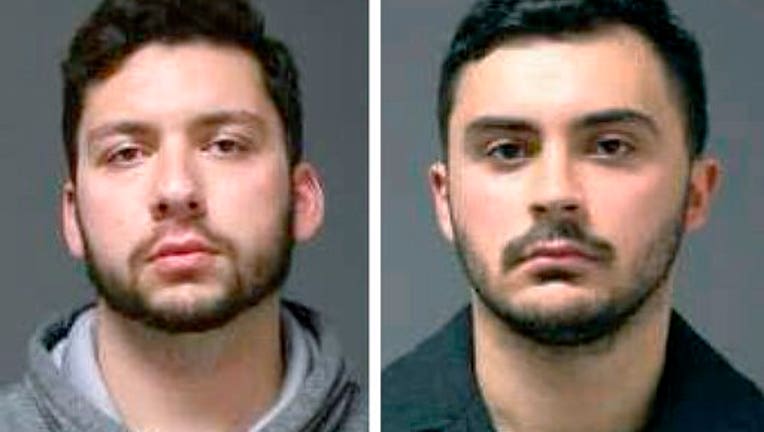 HARTFORD, Conn. (AP) — Free speech concerns that were raised following the arrests of two University of Connecticut students accused of saying a racial slur have led state legislators to consider repealing a century-old law that bans ridicule based on race, religion or nationality.

The episode on campus involving two white students in October was recorded on video and sparked protests against racism. Many people applauded their arrests, but civil liberties groups condemned them as an affront to First Amendment rights.

Police said the students, Jarred Karal and Ryan Mucaj, uttered the racial slur several times while walking through the parking lot of a campus apartment complex and were recorded by a black student. They said that they were playing a game that involved saying offensive words and that it was not directed at anyone in particular.

A bill before the legislature's Judiciary Committee would repeal the law, which has been criticized by law professors around the country and other groups, including the American Civil Liberties Union, which said the students' conduct was offensive but not criminal.

A public hearing on the bill was scheduled for Friday.

“I know the title sort of sounds like, whoa, what are they doing,” said state Sen. John Kissel, an Enfield Republican and ranking member of the Judiciary Committee. “But ... the issue as to whether someone can really face criminal charges for something that has some real questionable constitutionality. I think is at least worth discussing at this point in time.”

According to state court records, the ridicule charge, which carries up to 30 days in jail, has been filed 40 times since 2012, resulting in 10 convictions. Only one of the convictions included jail time.

Critics say the law appears to be among only a few such state laws in the country.

“It is so clearly unconstitutional under the First Amendment that it's hard to believe that it's still on the books,” said William Dunlap, a professor at the Quinnipiac University School of Law in North Haven, Connecticut. “It punishes speech based on the content of the speech, and that it is one of the key concepts of the First Amendment — that the government cannot punish speech based on its content.”

Douglas Spencer, a UConn law professor, added the state ridicule law, in theory, could be used to arrest comedians who make fun of others.

“I don’t think the old statute would survive a constitutional challenge,” Spencer said.

Scot X. Esdaile, president of the Connecticut State Conference of the NAACP, said that the bill to repeal the law raises serious concerns and that he will seek opinions from civil rights lawyers and NAACP officials about the proposal.

The state Commission on Human Rights and Opportunities has asked the Judiciary Committee to reject the repeal bill, in written testimony for the hearing.

“At a time when hate and bias incidents are on the rise, it is critical that the state not remove these types of prohibitions that aim to deter or punish this unacceptable behavior,” the commission said.

Karal, of Plainville, has been granted a probation program that could result in his criminal charges being dismissed, while the criminal case is pending for Mucaj, of Granby.

The two students have filed a federal lawsuit against the university, saying they were being punished in violation of their free speech rights. A judge ruled last month that the school cannot discipline the students, including barring them from student housing, while the criminal cases are pending.

In defending UConn, the state attorney general's office has filed court documents saying UConn officials deny any proposed discipline is based on the students' use of racial slurs, but instead is based on their violation of the “disruptive behavior” provision of the student code.