Arrest made in fatal shooting of Queens food delivery worker

NEW YORK - The NYPD announced the arrest of a suspect in the shooting death of beloved Queens food delivery worker Zhiwen Yan.

On Wednesday, Glenn Hirsch, 51, of 141st Street in Queens was charged with murder and two counts of criminal possession of a weapon-loaded firearm.

Yan, 45, was on his scooter making a delivery in Forest Hills on April 30 when he was shot in the chest near the intersection of 108th Street and 67th Drive.

EMS responded and took Yan to Elmhurst Hospital, where he was pronounced dead. 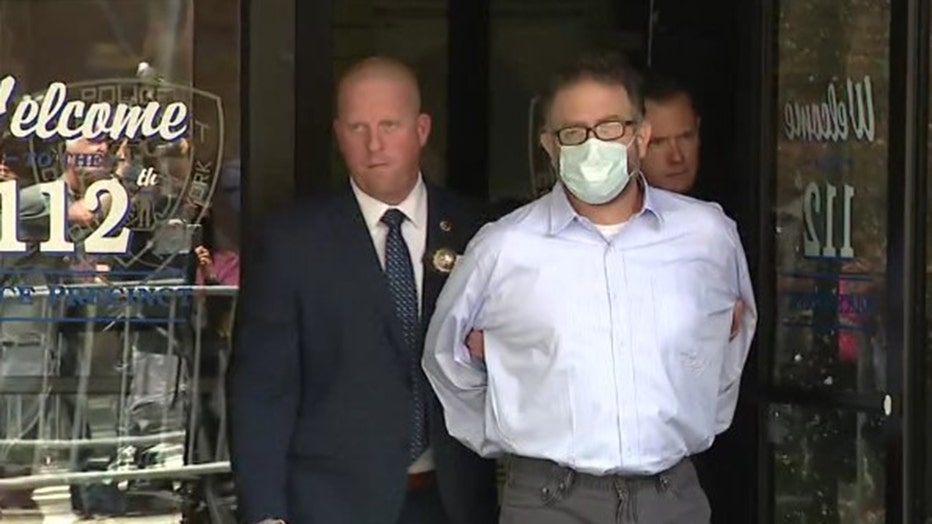 Glenn Hirsch, 51, of 141st Street in Queens was charged with murder and two counts of criminal possession of a weapon-loaded firearm. (FOX 5 NY)

Police at the time of the deadly shooting said that he was simply passing through the neighborhood on his scooter when someone fired a gun several times, striking him.

Yan delivered for The Great Wall, a nearby Chinese restaurant.

His widow addressed the media in Chinese Thursday.

"We are all relieved that someone has been arrested," said Eva Zhao. "We are grateful to the NYPD and have full confidence that the Queens District Attorney will bring justice to Zhiwen Yan, a loving and kind husband, father, son, friend and community member."

"He was the heart of Forest Hills to so many," said Matthew Murray, a local resident.

The shooter got into a gray or tan sedan and sped away from the scene.