LOS ANGELES - Anyone who has exhausted their Netflix library looking for something to binge watch while cooped up during the COVID-19 pandemic need only to look up at the sky Tuesday night and bask in the glory of the “Super Pink Moon.”

Otherwise known as the April full moon, “Grass Moon”, or “Egg Moon,” it is the closest supermoon of the year, which will also make it the largest, according to EarthSky.

NASA said the “Super Pink Moon” will be full at 10:35 p.m. EDT on April 7.So, exactly how big and how bright will the supermoon be? 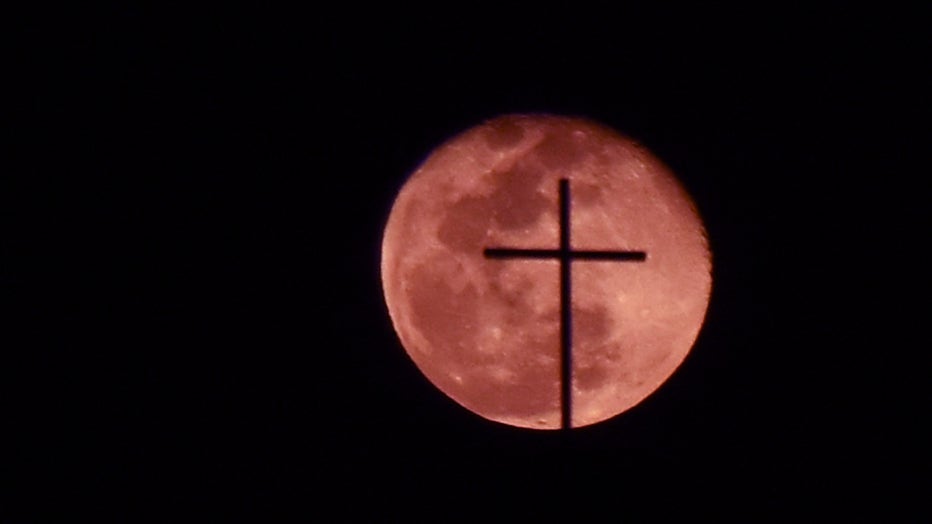 Detail of the 'Full Moon Pink' view from Oaxaca,Mexico on April 20, 2019 in Oaxaca, Mexico. (Photo by Carlos Tischler/NurPhoto via Getty Images)

According to the Farmer’s Almanac, supermoons are roughly 7 percent bigger and 15 percent brighter than a typical full moon.

But don’t be disappointed if you don’t see a dazzling, bright pink disco ball in the sky.

The reason for the moon’s name is its association with the season of spring, corresponding with the springtime blossoms of native wildflowers. This year’s “Super Pink Moon” is the first supermoon of spring.