While former Vice President Joe Biden was assured to win the nomination vote, Sanders did earn delegates during the primary and was formally nominated during the Democratic National Convention proceedings.

Ocasio-Cortez, a progressive freshman lawmaker who has skyrocketed into the national psyche since assuming office, has closely aligned herself with Sanders and policies such as the Green New Deal, Medicare-for-all and comprehensive immigration reform. 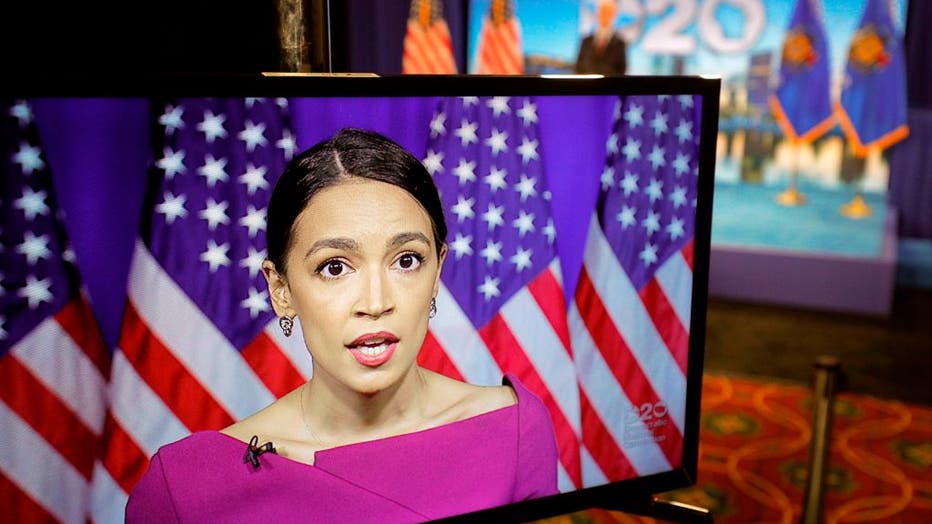 US Rep. Alexandria Ocasio-Cortez (D-NY) seconds the nomination of US Senator Bernie Sanders via video feed during the second day of the Democratic National Convention, being held virtually amid the novel coronavirus pandemic, at its hosting site in M

“This is a grassroots movement to reclaim our democracy,” Ocasio-Cortez said of Sanders’ campaign during a short speech lasting only 60 seconds.

Ocasio-Cortez has described the progressive movement started by Sanders as “a mass people’s movement” that’s working to move the country toward guaranteed health care and higher education.

Ocasio-Cortez is widely seen as the successor of Sanders’ progressive flank of the party.

Bernie Sanders offers his support and advice during the 2020 DNC.

She said Sanders ran a historic grassroots campaign that turns away from an American history checkered by violence, xenophobia, racial injustice and more, and “that realizes the unsustainable brutality that rewards explosive inequalities of wealth for the few at the expense of long-term stability for the many.”

RELATED: 'The future of our democracy is at stake': At virtual DNC, Sanders calls for supporters to rally behind Biden

“At a time when millions of people in the U.S. are looking for solutions to these crises,” she added, “I hereby second the nomination for Bernard Sanders for president of the United States.”