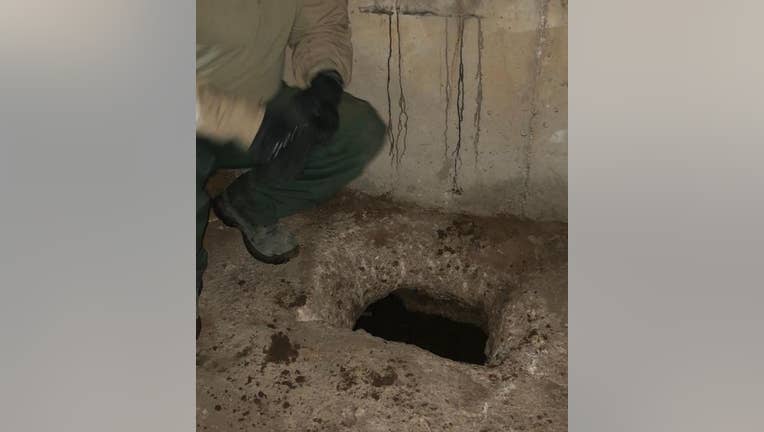 The start of a cross-border tunnel was found. (U.S. Border Patrol)

NEW YORK - U.S. Border Patrol agents discovered yet another cross-border tunnel that runs beneath the streets of Nogales, Arizona.  They say this is the 126th tunnel they've discovered in the Tucson sector in the past 30 years.  It's the second discovered mid-completion in the past year.

Tucson Sector agents and Mexican authorities located the tunnel’s entrance in the floor of the existing Grand Avenue drainage system in Mexico. The "rudimentary" tunnel is located approximately 580 yards west of the Dennis DeConcin Crossing at the Nogales Port of Entry.

The tunnel runs approximately 15-20 feet underground at its deepest point and extends approximately 30 feet from beginning to end, where the cartel left it incomplete.  The tunnel appeared to be hand-dug and had no shoring, ventilation or lighting.

U.S. authorities say they will continuously monitor the area until they destroy the tunnel.

U.S. Border Patrol regularly works with the Government of Mexico on things like tunnel sweeps.  The aim is to disrupt smuggling organizations and prevent the smuggling of narcotics and humans across the border.