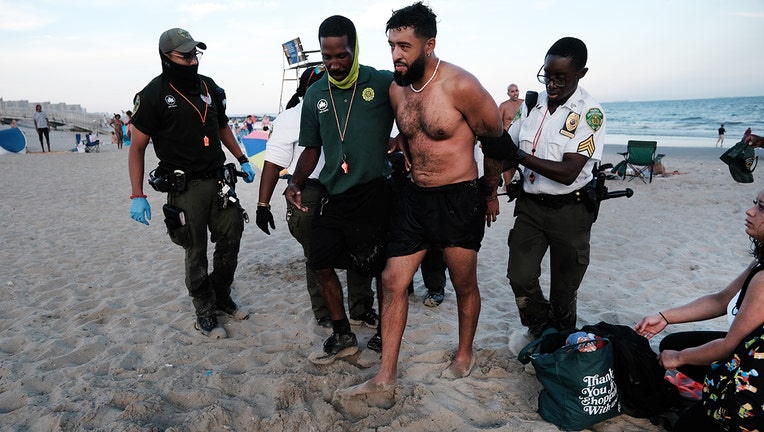 NEW YORK - A Queens man went swimming at Rockaway Beach during the heat wave last weekend but ended up arrested and dragged off the beach in handcuffs for swimming past the beach closing.

Swimmers are required to leave the water at 6 p.m. when lifeguard shifts end.  Andre Velasquez was in the water around 7 p.m. on Friday when he says Parks Department officers called out to him.

When he refused their request to see his driver's license he claims the officers threw him to the ground and handcuffed him.  They hauled him off barefoot and shirtless as other people on the beach watched.

A video taken from the scene as he was escorted away in cuffs shows Velasquez asking, "I'm not allowed to be in nature?"

"It was baffling and traumatizing," Velasquez later told Gothamist. 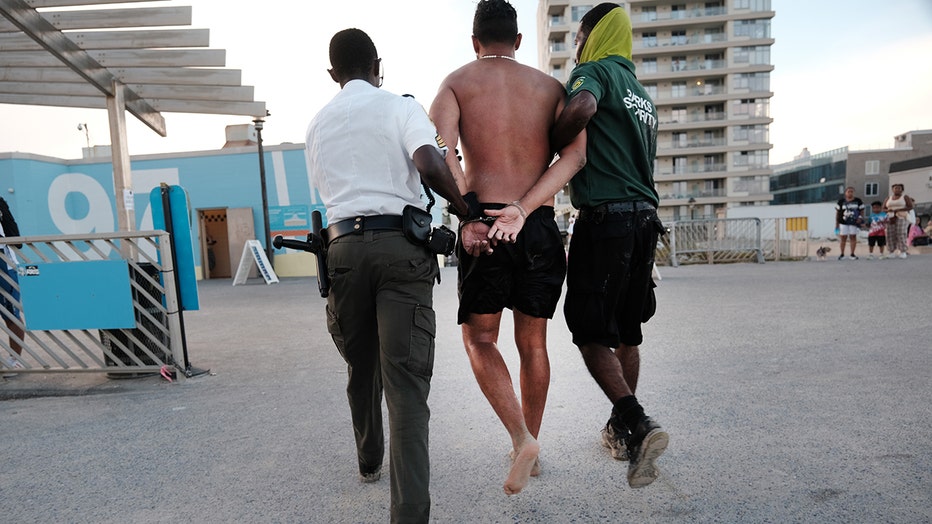 The NY Times reported that Velasquez didn't see signs that prohibited swimming, saying he only noticed them after officers removed a covering from one.

The Parks department disputed that he was arrested for swimming.  The department told FOX5NY.com in a statement:  "Unfortunately, due to non-compliance when an ID was requested an arrest was warranted."

The New York City Parks Department maintains 14 miles of beaches that are open daily from Memorial Day weekend through Sept. 11, 2022.  Lifeguards are on duty from 10 a.m. until 6 p.m. and swimming is prohibited when lifeguards are not on duty or in areas that are closed.  The city marks the closed areas with signs and/or red flags.

The swimming ban after lifeguards leave is for safety reasons.  Almost all beach drownings in New York City happen when there are no lifeguards working.  The department says approximately 300 or more people are removed from the water after hours on a daily basis.

Nearly a dozen people drowned in the New York City region in June.