Police investigating the disappearance of Massachusetts mom Ana Walshe found trash bags with blood, a hatchet and a hacksaw at a waste facility about an hour from the family's home, according to a new report.

SWAMPSCOTT, Mass. - Police investigating the disappearance of Massachusetts mom Ana Walshe found trash bags with blood, a hatchet and a hacksaw at a waste facility about an hour from the family's home, according to a new report.

Her husband, 47-year-old Brian Walshe, is being held on a $500,000 bond on a charge of misleading investigators.

Sources told WBZ-TV that there was also a rug and used cleaning supplies among the items retrieved for testing.

The grisly find was made at a Peabody trash transfer station on Newbury Street – about 45 miles north of the missing mom's Cohasset home, the report said.

The Norfolk District Attorney's Office issued a press release Tuesday about evidence that had been collected.

"Search activity conducted north of Boston yesterday resulted in a number of items being collected, which will now be subject to processing and testing to determine if they are of evidentiary value to this investigation," the release says.

A spokesman for the prosecutor's office, David Traub, would not confirm the items obtained from the trash or disclose the location where they were found. 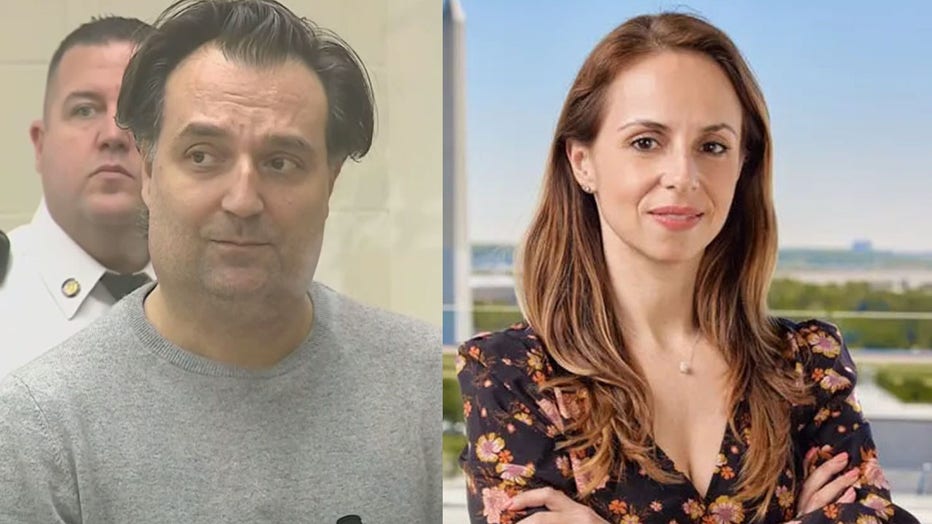 Ana Walshe, 39, a mother of three, was last seen New Year's Day – but wasn't reported missing until Jan. 4 when she didn't show up to her job at real estate development firm Tishman Speyer in Washington, D.C.

Prosecutors disclosed in court Monday at Brian Walshe's arraignment that they found blood in the basement of the family's home and a damaged knife.

Brian Walshe also allegedly went on a shopping spree at Home Depot Jan. 2 and paid $450 in cash for cleaning supplies.

The art fraudster's trip to the home improvement store was in violation of the conditions of his house arrest.

He's awaiting sentencing for selling a pair of fake Andy Warhol paintings for $80,000 and can't leave the family's home without permission from the court.

The Norfolk District Attorney's Office said in the press release that investigators would not be searching any public areas Tuesday.

CNN reported that Brian Walshe had conducted internet searches on how to dispose of a 115-pound woman's body and how to dismember a body, citing law enforcement sources.

"I am not doing press interviews or even responding to inquiries, as right now my focus is on defending my client in court," she told Fox News Monday.