The new original series 'Among the Stars' gives viewers a look at the dangerous and awe-inspiring missions Chris Cassidy and the team at NASA embark on.

And now all eyes are on NASA astronaut Captain Chris Cassidy in a new Disney+ documentary.

The new original series "Among the Stars" showcases intimate footage, personal video diaries and livestream footage — stationed both on Earth and in space — giving viewers a look at the dangerous and awe-inspiring missions Cassidy and the team at NASA embark on. 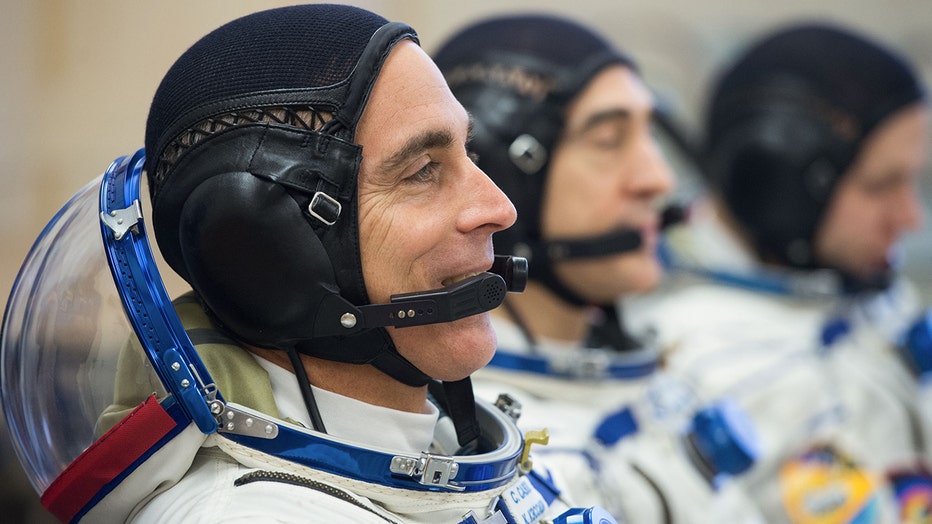 "Space travel is not easy," Cassidy told FOX Television Stations in an interview. "It takes a lot of people to pull it off and to do it safely, and that’s an important message given all the success that we have enjoyed watching with the recent commercial companies in space."

WATCH: Woman in Motion: Nichelle Nichols, Star Trek and the Remaking of NASA

The original six-part series, set to premiere Oct. 6 on the streaming service Disney+, follows the teams’ successes and failures over the course of two year. In doing so, it provides behind-the-scenes access to a critically important NASA mission: the repair of a $2 billion science experiment, the Alpha Magnetic Spectrometer (AMS), which aims to reveal the origins of the universe.

To repair the AMS, Cassidy and his team must undertake a series of complex spacewalks, but the story quickly becomes a tale about the broader team at NASA and the collective quest to succeed.

"It’s hard. It’s not without risk, and that’s what this documentary also shows," Cassidy continued.

Filmed with different space agencies across the globe — from NASA’s Johnson Space Center in Houston to the European Space Agency in Cologne — viewers are transported around the world as they follow Cassidy in his training to depart for the International Space Station.

History was made on Wednesday as the world's first all-civilian crew launched into orbit. SpaceX's Inspiration4 mission launched on Wednesday, September 15 from Launch Complex 39A at NASA's Kennedy Space Center in Florida.

"Now I have this footage forever, and the mission is captured for me to enjoy with family and friends as I age in life, so that’s a really nice benefit," Cassidy, 51, shared.

RELATED: Terror on Tubi countdown: Dive into the depths of 'The Descent'

"Anything that gets the public interested, excited, motivated for space travel — it ultimately benefits our space program," Cassidy revealed. "I love watching all those launches."

While it’s unclear who will be next to walk on the moon, Cassidy said he’s thrilled it will likely be one of his friends.

"The next moonwalker doesn’t know who she or he is, but I’ve walked in the hallways with that person," Cassidy continued.

NASA: A Journey Through Space(2016): "This exciting documentary series takes you on the incredible journey of the past, present and future of NASA that shaped the 20th Century and will boldly go further in the 21st Century and beyond!"

Alien Contact: Nasa Exposed (2014): "Whistleblowers claim NASA not only knows about alien visitations but that they are in contact with extraterrestrials."

Alien Contact: Nasa Exposed 2 (2017): "The recent discovery of 1300 exoplanets that could sustain life has rocked the scientific world. Now everyone from world leaders to former astronauts are testifying that UFOs not only exist, but that Aliens are here and have been monitoring the human race for centuries."

Premieres Oct. 6 on Disney+. Produced by Fulwell 73 Productions for Disney+. Ben Turner directs and executive produces for Fulwell 73. Executive producers on this series include Gabe Turner, Leo Pearlman, Will Gluck and Richard Schwartz.