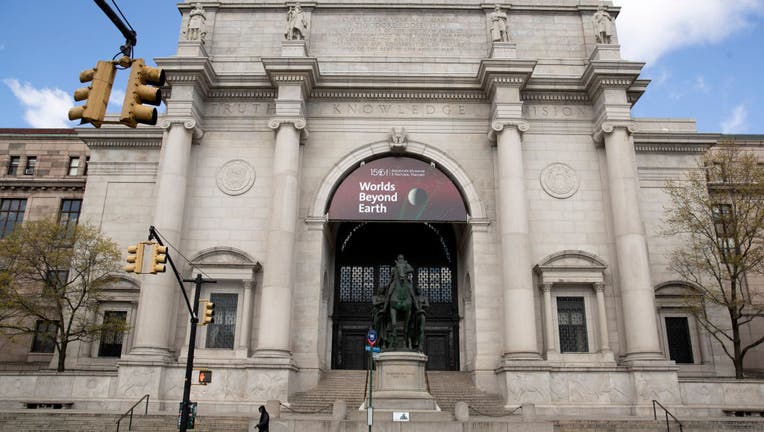 An exterior view of the Natural History Museum on April 22, 2020 in New York City. (Photo by Bennett Raglin/Getty Images)

NEW YORK (AP) - Visitors to the American Museum of Natural History would need to make advance online reservations for specific times, and capacity would be sharply limited under a plan announced Thursday for a September reopening pending city and state approval.

The museum said if it got the necessary approvals, it would open to the public on Sept. 9, and to members a week earlier on Sept. 2.

Cultural institutions like the museum had been initially scheduled to reopen in the second half of July, but that was put off by the state with no new date set over concerns that opening indoor spaces like those would lead to a surge in coronavirus cases.

If allowed to open, the museum said it would be open five days, from Wednesday to Sunday, instead of the seven it had been before the pandemic forced a shut down in mid-March.

The plan calls for capacity to be capped at 25%. There would be a fixed ticket price for people coming outside of the tri-state area, and a pay-what-you-wish system for residents of New York, New Jersey and Connecticut.

The museum would require all visitors over the age of 2 to wear masks, and maintain social distancing. The theaters and certain exhibit halls would be closed, as would amenities like food service and coat check.

The Metropolitan Museum of Art has also announced tentative reopening plans for August 29 if officials allow.