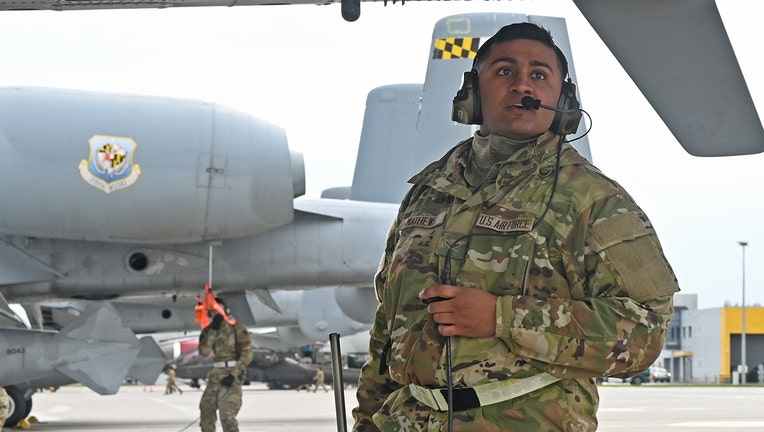 NEW JERSEY - A Long Island man who was a member of the Air National Guard was fatally injured in a snowboarding accident in New Jersey last week.

Airman 1st Class Peter R. Mathews, of Bay Shore, was snowboarding at Big Snow, an indoor slope at the American Dream mall and entertainment complex in East Rutherford last Thursday, according to a report. He fell and hit his head on the slope, a relative told Newsday. He was rushed to Hackensack University Medical Center, where he died.

In a statement on behalf of the facility, a spokesperson said that the ski patrol responded to a "guest incident" on the slope but wouldn't confirm anything else.

"First aid was administered, and the guest was transported to a local hospital for further care," the spokesperson said. "Our thoughts are with this guest's family at this time."

"Peter was genuinely an amazing person, and his smile lit up the room."

Mathews joined the Maryland Air National Guard in 2020, according to the military. He served as a crew chief with the 175th Aircraft Maintenance Squadron, which recently participated in exercises in Europe.

He had hoped to follow his father's example and become a pilot, according to Chief Master Sgt. Jeffrey Golabiewski, the senior enlisted leader of the 175th.

"Peter was genuinely an amazing person, and his smile lit up the room. If you had a chance to talk to him, you knew instantly he had a remarkable future and was destined for greatness," Golabiewski said in a statement posted to Facebook. "Our thoughts and prayers are with his family, friends, and anyone who knew Peter."

Viewings and a funeral service for Mathews will be held at Moloney's Bohemia Funeral Home in Suffolk County.  He is survived by his parents and two sisters according to Gospel Missions of India.

Big Snow reopened Memorial Day weekend after a fire at the facility in Oct. 2021.

The indoor ski and snowboard facility features a 1,000-foot slope.  The mall owners say Big Snow is the only indoor ski slope in North America.  It also offers sledding.

The ski slope measures 180,000 square feet and includes a beginners' area. It is 16 stories high with a 160-foot vertical drop. It is equipped to make more than 4 tons of snow per hour.