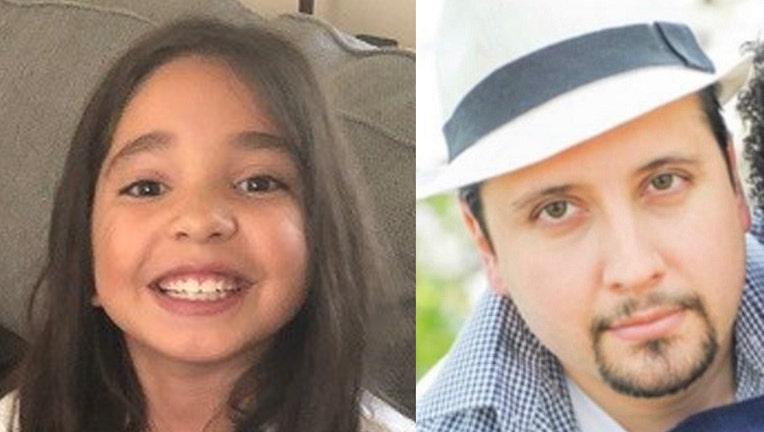 NEW YORK - A New York State AMBER Alert for a 7-year-old child who was allegedly abducted in Pennsylvania on Friday afternoon has been canceled after the child was found safe in New York City on Friday.

Police say that they have a man in custody, but cannot confirm if he is the child's father.

The Cheltenham Township Police Department had reported that Juan Pablo Torres, 41, took Giselle Torres, 7, near Montgomery Avenue in Elkins Park, Pennsylvania, at about 2:18 p.m., according to the AMBER Alert.

Giselle Torres has brown hair and brown eyes, is about 4 feet tall, and was wearing a white tank top and purple tights.

"The child was taken under circumstances that lead police to believe that they are in imminent danger of serious harm and/or death," the AMBER Alert said.

Cheltenham Police said two armed men were with Juan Torres when he abducted Giselle, who is his biological daughter. He does not have legal custody of her, police said. 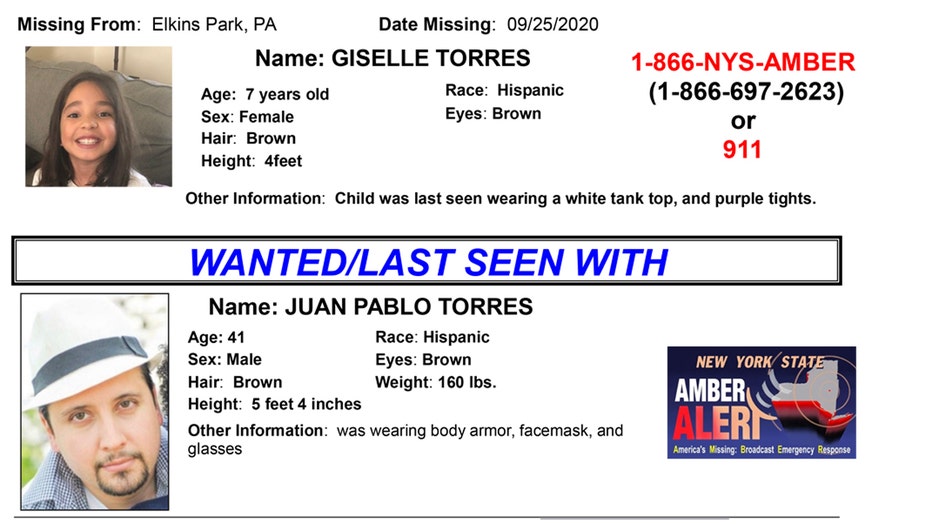