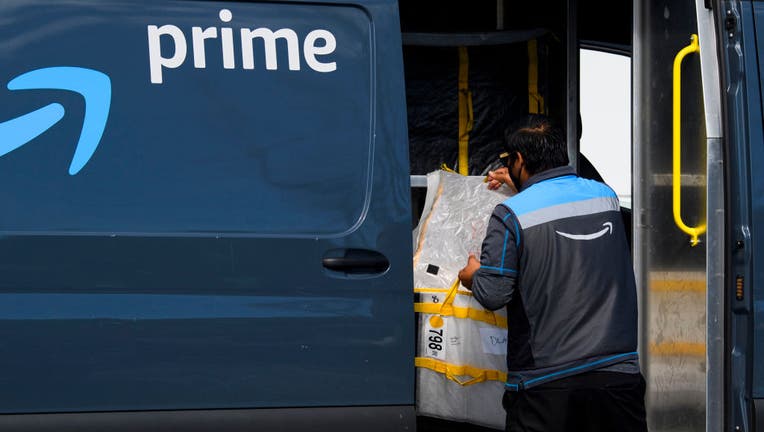 An Amazon.com Inc. delivery driver loads a van outside of a distribution facility on February 2, 2021 in Hawthorne, California. - Jeff Bezos said February 1, 2021, he would give up his role as chief executive of Amazon later this year as the tech and

LOS ANGELES - Amazon rolled out a new program allowing customers to thank their drivers with $5 for each deliver. The program was intended to run between now and Dec. 21 - or until 1 million thank you's had been received.

But on Thursday, just one day after the program was launched, Amazon said it had reached its milestone meaning U.S. drivers will no longer get the $5 tips from here on out.

Amazon said in a statement that the five drivers who received the most "thank-yous" during the promo will receive a $10,000 bonus and an additional $10,000 to be donated to the charity of their choice.

The program started on Wednesday, Dec. 7, and the $5 would go directly to the driver. But it was not anticipated that the promotional goal would be reached so quickly.

"We love hearing the countless stories from customers about the many ways delivery drivers make their lives better. We are excited for this new opportunity to thank these everyday heroes and giving our customers the ability to help us do it," Amazon said in a statement announcing the program.