SUNY colleges will require students to test negative for the coronavirus before they can leave for Thanksgiving break.

ALBANY, N.Y. - New York's public university system is requiring students to test negative for the coronavirus before they can leave for Thanksgiving break in hopes of preventing community spread as students fan across the country.

The system's 64 colleges and universities must come up with plans by Nov. 5 to test about 140,000 students within 10 days before Thanksgiving break, State University of New York Chancellor Jim Malatras told The Associated Press on Monday.

SUNY officials have planned to transition most colleges and universities to remote learning after Thanksgiving.

The testing policy will apply to all students who are taking at least one class on campus, working on campus, or using on-campus services including the gymnasium, library or dining hall. 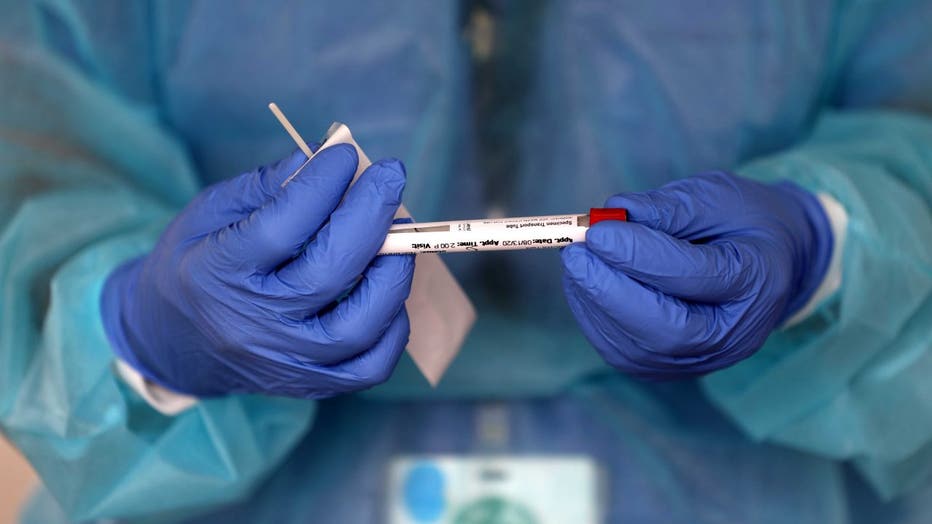 SUNY will require colleges to isolate or quarantine any residential student who tests positive for COVID-19 or is exposed to COVID-19 in the last 14 days before Thanksgiving break.

Malatras is also recommending testing for faculty and staff.

SUNY estimates nearly 3,150 positive cases among students and staff this fall. Meanwhile, 61 of its colleges and universities have conducted over 270,000 tests and reported about 1,400 positive cases.

Most SUNY universities didn't require students to get tested before returning to campus in August.

In Western New York, SUNY Geneseo's policy prevented students from arriving on campus if they didn't submit a negative COVID-19 test between seven to 14 days ahead of arrival on campus. The university, which typically enrolls about 6,000 students, has reported 48 virus cases this fall.

Universities that didn't pre-test students include SUNY Oneonta in central New York, which canceled in-person classes and sent students home in early September after off-campus parties sparked an outbreak. The university of about 6,000 has estimated more than 720 cases.

Malatras, who was named SUNY chancellor Aug. 21, told The Associated Press that he doesn't know why the state's college system didn't require all students to be tested before arrival on campus.

“It’s hard for me to know because I wasn’t here for approval of those plans,” Malatras said.

The chancellor has required every campus to conduct regular surveillance testing, and said accessing testing was a challenge for the system's campuses.

Malatras noted that SUNY Oswego pre-tested 6,000 of students but has still estimated more than 290 cases. The university paused in-person learning in mid-September and returned to in-person classes by Oct. 5.

Malatras, who has indicated that SUNY could require students to be pre-tested before returning to campus after fall semester, said the system is still finalizing its plans for spring semester.