COLUMBIA, S.C. - Lawyer Alex Murdaugh surrendered Thursday to face insurance fraud and other charges after state police said he arranged to have himself shot in the head so that his son would get a $10 million life insurance payout. The shooter only grazed him. 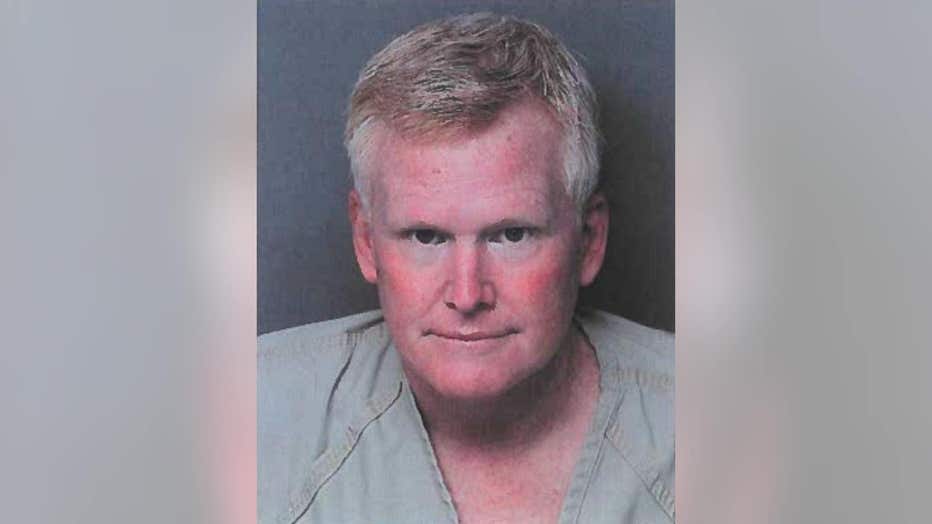 Murdaugh’s lawyer blamed his decision to try to die on a lonely highway on Sept. 4 amid deep depression and a drug addiction worsened by his discovery of the bodies of his wife and son, who were shot multiple times at the family’s home on June 7. Those killings remain unsolved. 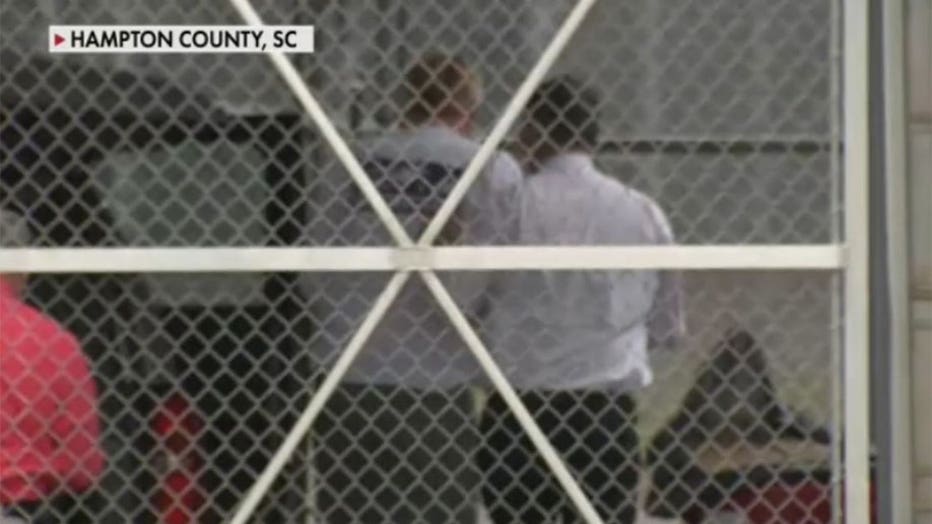 Murdaugh, 53, was charged with insurance fraud, conspiracy to commit insurance fraud and filing a false police report. He was seen on television arriving at the jail Hampton County about five hours before his bond hearing.

During a hearing Thursday afternoon, Murdaugh’s personal recognizance bond was set at $20,000.

"If he does leave the facility without any permissions, your bond will be revoked and it will be a benchmark for your arrest," the judge said.

The South Carolina Attorney General’s Office had asked the judge to prevent Murdaugh from traveling to an out of state rehabilitation facility or be fitted with a GPS locator, but Murdaugh's defense attorneys pointed out that their client turned himself in to authorities earlier that day, and was coping with a opioid addiction worsened by the yet-to-be solved murders of his wife Maggie and son, Paul, months ago. The judge ultimately ruled that Murdaugh was not a danger to the community.

Murdaugh asked a previous client whom he was buying drugs from to kill him with a shot to the head on Sept. 4 so his surviving son could collect a $10 million life insurance policy, authorities said. 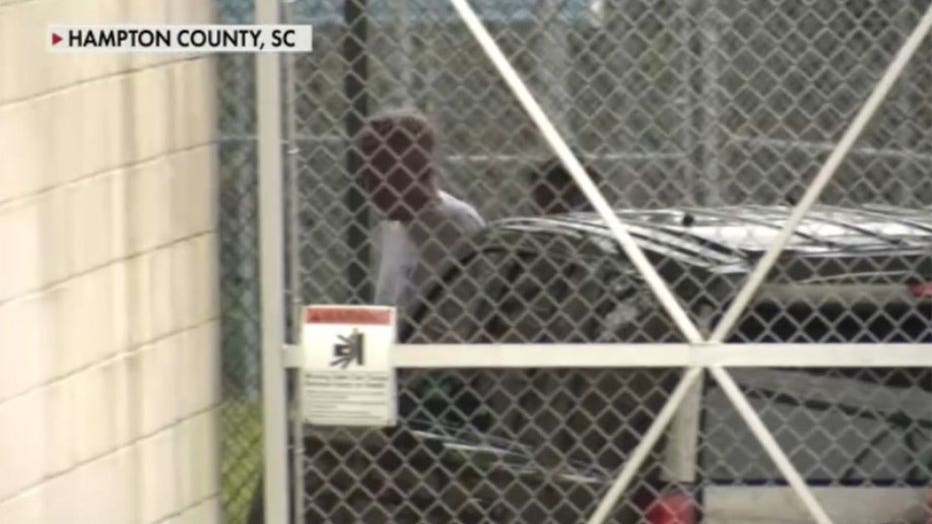 Murdaugh's lawyers said he has been in drug rehab for about 10 days after his law firm fired him over missing money that could total millions of dollars.

His surrender culminates a tumultuous 36 hours which included the client's arrest on an assisted suicide charge, and then state police opening a sixth investigation into him and his family — this time over the death of a housekeeper and nanny who died in his home.

The woman's death certificate said she died from natural causes and it wasn't reported to the Hampton County coroner. But a wrongful death settlement for $500,000 said she was killed in a slip-and-fall at Murdaugh's home. 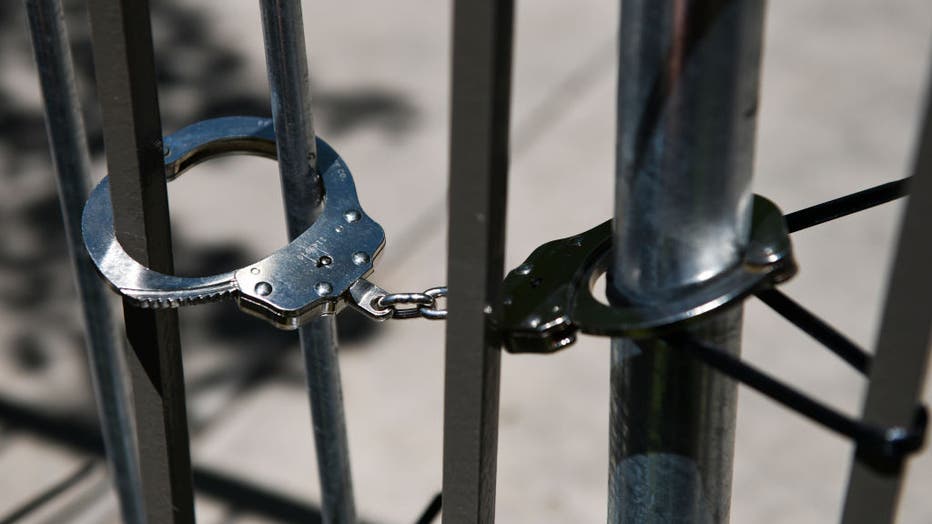 FILE - Handcuffs are pictured holding barricades together at a rally on June 27, 2020, in Aurora, Colorado. (Photo by Michael Ciaglo/Getty Images)

Murdaugh’s father, grandfather and great-grandfather all held the office of solicitor in the area for more than 80 years and other family members were prominent civil attorneys in the region. Murdaugh himself was an authorized volunteer prosecutor supporting his father’s cases, a relationship the office severed this month as Murdaugh said he was seeking rehabilitation for an oxycodone addiction.

It all started June 7, when Murdaugh found the bodies of his 52-year-old wife, Maggie, and their 22-year-old son Paul shot multiple times after returning to their Colleton County home after visiting his sick father.

Those killings remain unsolved, and Murdaugh's lawyers have said he is adamant he had nothing to do with their deaths.

On Sept. 3, Murdaugh was fired by the PMPED law firm founded by his grandfather after the firm determined he took money.

Murdaugh's lawyers said he decided to kill himself the next day, but have someone else shoot him. Murdaugh gave Curtis Edward Smith a gun and they headed to lonely Old Salkehatchie Road. Smith fired one shot that only grazed Murdaugh's head, a State Law Enforcement Division agent said in a sworn statement.

Gabby Petito: What we know about woman's disappearance

Gabrielle Petito, 22, went on a cross-country trip in a converted camper van with her boyfriend over the summer but didn't return home.

Murdaugh was able to call 911 and his initial story was someone passing in a pickup truck shot at him as he checked a tire that was low on pressure. His lawyers said a week later he told them about the insurance scheme and they told state police.

Smith, 61, was arrested late Tuesday and charged with assisted suicide, assault and battery of a high aggravated nature, pointing and presenting a firearm, insurance fraud, conspiracy to commit insurance fraud, distribution of methamphetamine and possession of marijuana. He remains in jail and it wasn't known if he had a lawyer to speak on his behalf.

Along with the killings of Maggie and Paul Murdaugh and the shooting of Alex Murdaugh, the State Law Enforcement Division is also investigating the missing money, whether anyone tried to obstruct an investigation into a 2019 boat crash for which Paul Murdaugh was eventually charged and a July 2015 hit-and-run death in Hampton County.

The agency also announced Wednesday that they are now investigating Gloria Satterfield's death. Hampton County Coroner Angela Topper asked for the state investigation, saying Satterfield's death certificate lists she died of natural causes, which is inconsistent with a trip-and-fall accidental death. She said her office was not informed so it could perform an autopsy.

Satterfield's two sons filed a lawsuit Wednesday saying they haven't seen any of the $500,000 wrongful death settlement that Murdaugh had friends arrange.