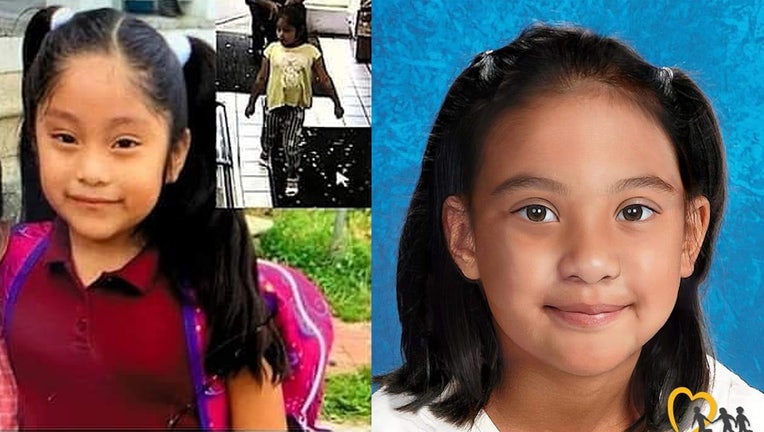 A rendering of what Dulce Maria Alavez might look like today (right) is next to a photo released in 2019 when we disappeared.

NEW JERSEY - Authorities in New Jersey have released a rendering of what a girl who has been missing for more than two years might look like now.

She was five years old when she disappeared from Bridgton City Park in Cumberland County in September 2019.  She had been playing on the swings with her 3-year-old brother when she mysteriously disappeared.

The children's mother was sitting in her car 30 yards away with an 8-year-old relative. The 3-year-old returned to the car without Alavez.

Investigators say Alavez was lured into the back seat of a red van by a man who has been described as 5-foot-6 to 5-foot-8, with a thin build and acne on his face. He was wearing orange sneakers, red pants and a black shirt at the time of the reported abduction.

The reward for information leading to Dulce's whereabouts stands at $75,000.