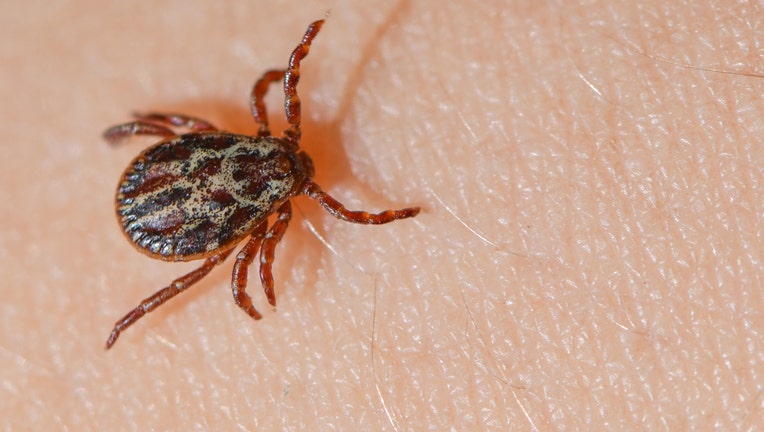 PORTLAND, Maine (AP) - A late-summer drought virtually eliminated ticks in parts of New England but they're back with a vengeance this spring.

Dog ticks, which do not carry Lyme disease like deer ticks do, have been especially active since early spring in Maine, New Hampshire and Vermont.

And people who've been getting outdoors because of the pandemic are discovering the arachnids on themselves and on pets.

"People are outdoors a lot more because of COVID so we’ve all discovered this newfound love relationship with nature, which is really cool and I’m really happy about. So there’s just a lot more chances for ... human interactions with ticks," said Patti Casey, environmental surveillance program manager for the Vermont Agency of Agriculture.

It's a far cry, so far, from last summer. Much of New England was in a drought, and there were fewer biting insects.

In Maine, the number of Lyme disease cases was nearly halved last year, dipping from a record high of 2,167 in 2019 to 1,115 in 2020, according to state data. One caveat, officials said, is that some people may have been reluctant to seek medical care during the pandemic.

The busy spring for ticks has been sending more people to the emergency room in Maine. Maine Center for Disease Control and Prevention reported 176 tick-related emergency department visits for the week that ended May 16. Last year, there were 91 tick-related ER visits in the same week.

Maine CDC reported nearly 100 cases of Lyme disease from Jan. 1 to May 18 of this year. The agency is asking anyone who spends time outside to take preventive measures such as using repellent and wearing light-colored clothing that covers arms and legs.

The state of New Hampshire has recorded just 10 cases of Lyme disease so far this year.

How severe of a Lyme disease burden the state will have depends heavily on the conditions this summer. Rain, moisture and humidity are helpful for ticks.