FOX 26 Reporter Ivory Hecker has the latest new developments in the case of 5-year-old Samuel Olson.

HOUSTON - In a case involving a 5-year-old Houston boy, whose body was found inside a Jasper motel days after he was reported missing, an arrest affidavit reveals Samuel Olson died weeks before.

On Wednesday, police arrested Theresa Balboa in connection with tampering with Samuel's body. Investigators say Balboa was Samuel's father's girlfriend but the story seems to be a little more complex. 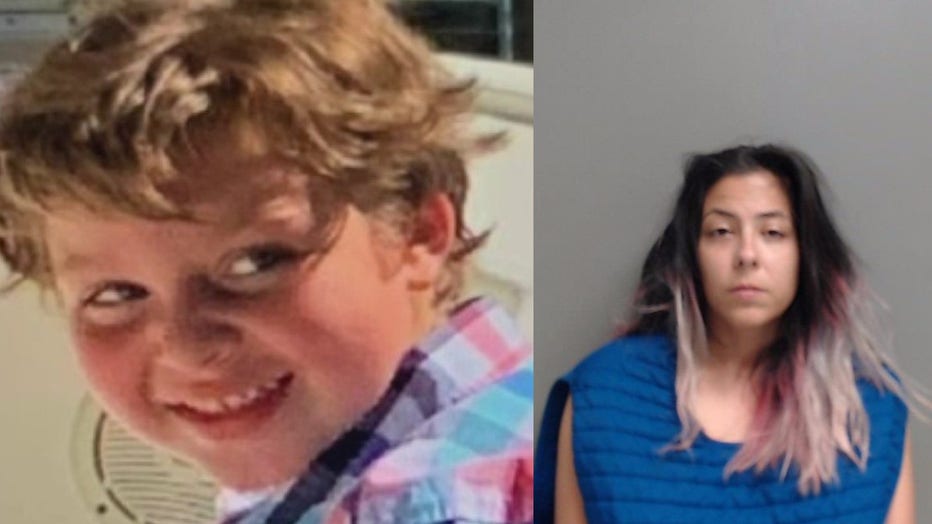 In fact, court documents allege Balboa was aided by her live-in roommate, whom we will not identify because it’s unclear if they are facing any charges. The report states the roommate told authorities Balboa called him on May 10 and informed him about Samuel’s death.

The roommate then rushed home, where he said he saw Samuel’s body on a bed and observed some bruises as well. Shortly afterward, the roommate and Balboa, according to the affidavit placed Samuel’s "corpse in a bathtub, where he remained for two days."

A couple of days later, the roommate told officials he bought some duct tape and a plastic tote bag at an area Wal-Mart, where they later placed Samuel’s body. Police paperwork claims the two took Samuel’s body (now in the tote bag) at a storage unit near their home.

RELATED: Through her attorney, mother of missing 6-year-old implicates father

Police in Jasper said they received a call on June 1 though, about a woman - later determined to be Balboa – at a Best Western Motel in Jasper County. Responding officers claim they knocked on the room’s door several times before getting a spare key to the room, which was listed under an entirely different person’s name.

Once they got in the room, one of the responding officers "detected an odor that through his experience in law enforcement…to be possible decomposing human remains." Balboa was immediately found in the bathroom and officials asked where Samuel’s body was. Court records reveal Balboa said, "inside the box."

This horrifying discovery comes after an extensive search that we are now learning comes weeks after Samuel's death.

FOX 26 Reporter Maria Salazar breaks down the timeline that led to the arrest of Theresa Balboa after a body believed to be 6-year-old Samuel Olson was found in a Jasper motel room.

According to the probable cause document, the boy’s father said Balboa had been taking care of Olson since April 30.

Police said April 30, was the last time anyone could verify for a fact seeing the boy — when he was at school. His grandmother said she last saw him in person on May 2. On May 27, the boy’s father called the police to report the boy missing.

Police say Balboa reported that she was at the residence around 7:30 a.m. that day when she saw Samuel’s mother with an unknown officer at the front of the residence. Balboa reportedly told police that the officer stated she would go to jail for kidnapping if she did not return Samuel to the mother.

According to the court documents, the boy’s father said Balboa called him around 11:40 a.m. to tell him. Police say the father stated that once he heard this story, he contacted Samuel’s mother, who said that Samuel was not with her.

Officials say they continued to follow up on the case, including conducting interviews with the parents and Balboa. Additionally, HPD said they found Balboa’s statements to be inconsistent.

The body, believed to be Samuel's, is now in Houston at the Harris County Institute of Forensic Sciences, where an autopsy will be performed to confirm the identity and manner of death, according to Houston police.

This is a developing story and will continue to be updated.