A man was taken into custody Monday morning for allegedly shooting and killing his wife and children inside their East Dallas apartment.

DALLAS - A man was taken into custody Monday morning for allegedly shooting and killing his wife and children inside their East Dallas apartment.

Dallas police got a call around 11 a.m. about a man who claimed he shot his family. They were alerted to this scene because the shooter called an alarm company, which then got in touch with police dispatch.

James Webb, 57, is accused of fatally shooting his wife, Victoria Bunton, and his two sons, ages 13 and 16.

Officers met Webb outside of the Rosemont at Ash Creek Apartments off John West Road. They took him into custody after finding the bodies of three family members. A handgun and shell casings were also found inside the apartment. 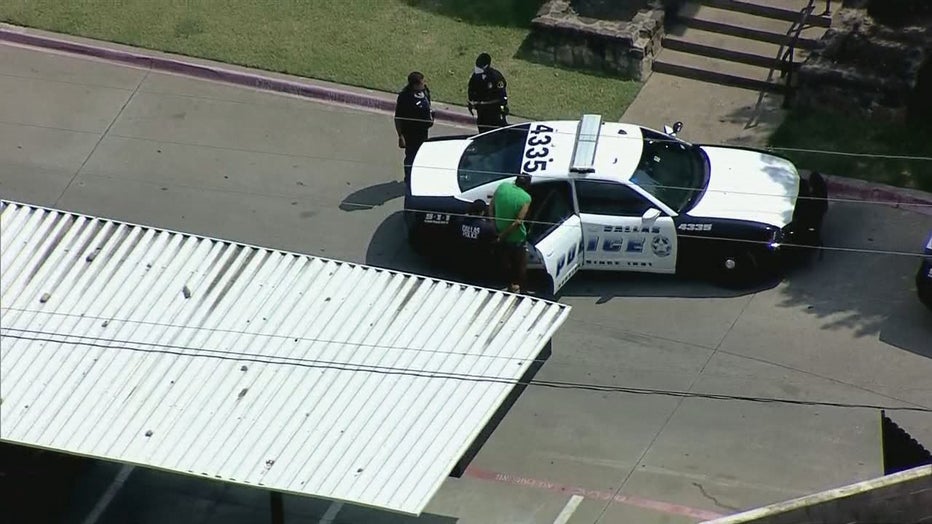 According to the arrest affidavit, Webb got into an argument with Bunton because he had a headache and said his wife and their two kids were being too loud.

The arrest warrant states that Webb "was tired of all three of the victims yelling and telling him that there was nothing wrong with him, so he shot them."

Police say Webb waited an hour and then used his medical emergency alert device to call 911 and confessed.

“This is a horrible scene. This is a horrific incident. Our hearts go out to everyone that’s touched by this,” said Deputy Chief Reuben Ramirez.

Homicide detectives have obtained a search warrant to process the scene. Video from SKY 4 Monday afternoon showed multiple police cars and a crime scene van outside an apartment that was roped off with yellow tape. A white Nissan was towed away. 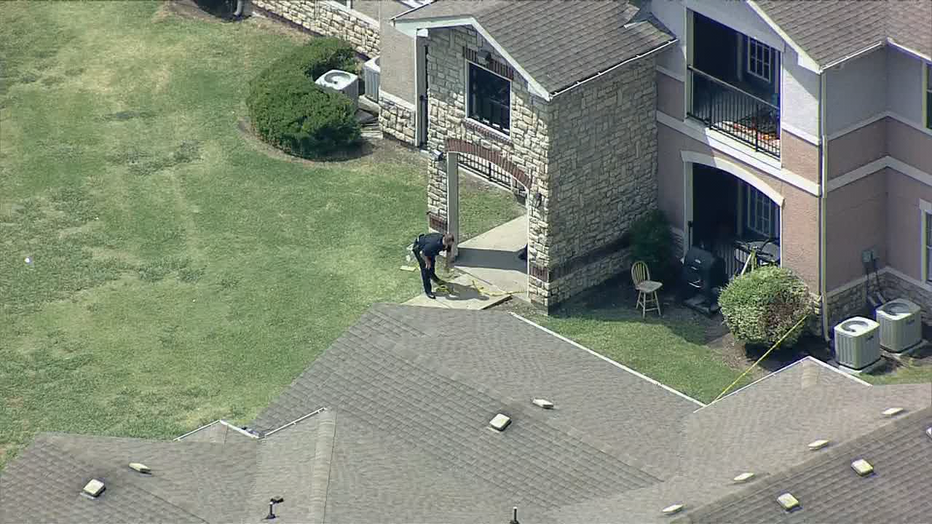 Chanel Lockhart lives across the hall and says the teens were brothers, and she had just talked with the mother Friday.

“Last time I saw her, she was getting groceries out of the car and the boys were helping her. You would never think that he would do that. And she had a heart. She was so sweet to everybody,” Lockhart said. “You’d never think that one day he would call and say he killed his kids.”

Justice Johnson, also a neighbor, spoke highly of the family.

“I’ve been knowing them for two years, going with their mama to the grocery store, helping with groceries, getting on the school bus,” she said.

Justice and her daughter, Sylvia Johnson, saw the family barbecue together and say the boys were playing football with neighbors and once offering to help take out their trash.

“I didn’t talk to them as much,” Sylvia said. “But when I did come outside, they’d speak. They didn’t just walk past me. They’d be like, ‘hey.’”

No one else was inside the apartment at the time.

Webb is charged with capital murder. His mugshot has not yet been released.