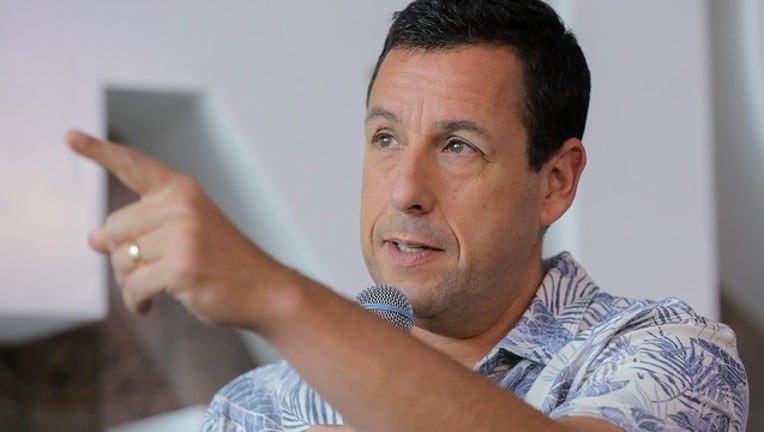 Thirst Project CEO and co-founder Seth Maxwell told TMZ that nearly $15,000 has been raised for the charity, largely in part due to a Facebook fundraiser from Sandler.

Other friends of Boyce, including fellow Disney star Skai Jackson and "Modern Family" actor Nolan Gould, have also raised awareness of The Thirst Project, leading to a spike in donations.

The charity honored Boyce with the Pioneering Spirit Award at the 9th Annual Thirst Gala last April for raising over $30,000 for the Thirst Project and helping to build two new wells in Swaziland.

In his acceptance speech for the award, Boyce quoted Denzel Washington, who once said, "You never see a U-Haul behind a hearse."

"That struck me. We all go. I hope that all of you think about what it is that you want to leave," he said. "We all have material things, we all have things that we own and we like, treat ourselves and all that stuff but what you leave behind should be bigger than you. And I really believe that."

Disney also donated to The Thirst Project after Boyce's death and the subsequent cancelation of "The Descendants 3" red carpet premiere, telling ABC News in a statement, "We're proud to be part of Cameron Boyce's legacy by showcasing his talents on screen but we are canceling the red carpet premiere event for 'Descendants 3' (scheduled for July 22) and instead, The Walt Disney Company will make a donation to the Thirst Project, a philanthropic organization to which Cameron was deeply committed."

Boyce died earlier this month at just 20 years old after suffering a seizure in his sleep. The actor's parents later confirmed that he suffered from epilepsy.

Sandler previously paid tribute to Boyce with a touching Instagram missive, writing, “Too young. Too sweet. Too funny. Just the nicest, most talented, and most decent kid around. Loved that kid. Cared so much about his family. Cared so much about the world. Thank you, Cameron, for all you gave to us. So much more was on the way. All our hearts are broken. Thinking of your amazing family and sending our deepest condolences.”