LOS ANGELES - Country Music legend Kenny Rogers has died at the age of 81, according to a representative of the singer.

According to the artists Instagram page, Rogers "passed away peacefully at home form natural causes."

According to a statement regarding Rogers death, his family is planning a small private service out of concern over the COVID-19 pandemic.

Rogers was born on Aug. 21, 1938, in Houston, Texas, where he lived with his parents and six siblings in a federal housing project. He bought a guitar when he was in high school and formed a rockabilly band called The Scholars.

Rogers got his big break in 1958 when he recorded his first hit single “That Crazy Feeling,” for the Carlton label. He got the opportunity to perform the song on Dick Clark’s popular music program American Bandstand.

Rogers would eventually switch his focus to jazz, playing bass with jazz group the Bobby Doyle Trio before transitioning again to a more folk-pop style and joining the New Christy Minstrels in 1966. Rogers left the group after just a year. A few members followed and together they formed the First Edition.

The new project created a fusion of folk, rock and country, and quickly emerged with a hit song when the recorded the psychedelic “Just Dropped In (To See What Condition My Condition Was In),” a song that has since been made popular by the Cohen Brothers' cult classic film, “The Big Lebowski.”

The band would come to be known as Kenny Rogers and the First Edition, eventually securing their own syndicated music show.

Rogers had his eyes on a solo career and eventually left his psychedelic folk band in 1974 to focus on country music. A year later, he came out with his first solo hit “Love Lifted Me” which quickly made it to the top 20 country hits in 1975.

It came as no surprise that Rogers would reach the top of the country charts two years later with his iconic ballad “Lucille.” The song was so successful that it earned Rogers his first Grammy Award for Best Country Vocal Performance.

Following his solo success, Rogers continued to make hit after hit, and released one of his most iconic albums “The Gambler,” in 1978. He found that it was finally time to share the secrets of his success with his first book, “Making It With Music: Kenny Rogers’ Guide to the Music Business.”

After a long and fruitful country music career, Rogers cemented himself as a true crossover artist when he held the number-one spot on the pop charts for over a month with his version of Lionel Richie’s hit song “Lady.”

Rogers reached the apex of his career when he won an Academy of Country Music Award for single of the year when he recorded a duet with country legend Dolly Parton called “Islands in the stream.” The song was written by the Bee Gees and went on to top the charts in both pop and country.

Rogers eventually won another Grammy in 1988 for a duet with Ronnie Milsap, “Make No Mistake, She’s Mine.” The song won him another Grammy Award for Best Country Vocal Performance, Duet.

Music was not enough for Rogers’ ambitions, however. He pursued his passion for photography and published a collection titled “Kenny Rogers’ America,” a culmination of photographs he took traveling around the country in the late 1980s. 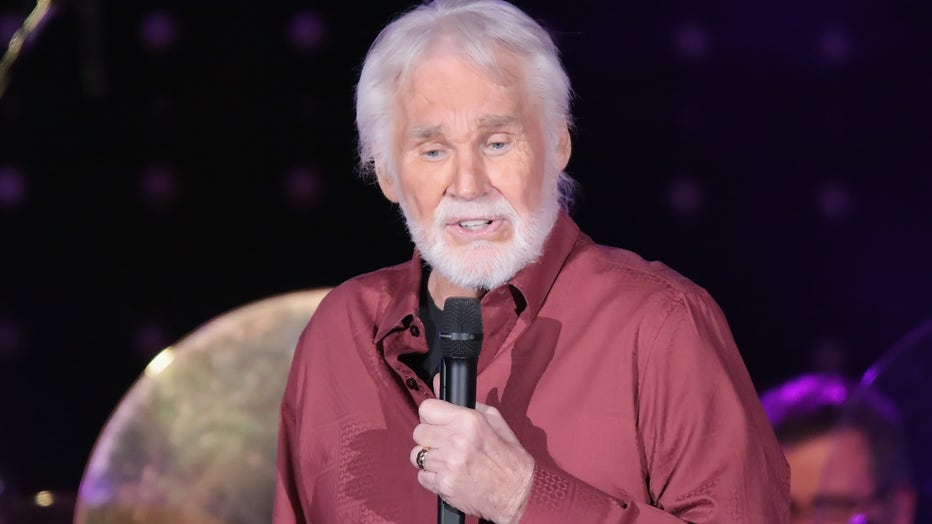 Rogers gained an appetite for acting in the 1990s, appearing in various TV movies like “Christmas in America” and “MacShayne: Winner Takes All.” A true renaissance man, Rogers pursued multiple other avenues including a restaurant franchise he launched in 1991 called Kenny Rogers Roasters, which he later sold to Nathan's Famous, Inc. in 1998. Rogers created his own record label, Dreamcatcher Entertainment, that same year.

Rodgers set his sights on the stage when he starred in his own off-Broadway Christmas show, “The Toy Shoppe” and released another album, “She Rides Wild Horses,” in 1999.

By 2009, Rogers had made dozens of albums and sold more than 100 million copies worldwide. He celebrated this success with an autobiography he published in 2012 titled “Luck or Something like it.” He was inducted into the Country Music Hall of Fame and received a Willie Nelson Lifetime Achievement Award at the CMA Awards in 2013.

The 80-year-old singer and actor was admitted to a Georgia hospital for dehydration in May of 2019, according to Rogers' official Twitter account.

The husky-voiced balladeer had previously retired from touring in 2017 after a 60-year career spanning jazz, folk, country and pop. A statement posted May 31 said he would remain in the hospital for physical therapy to “get his strength back” before being discharged.