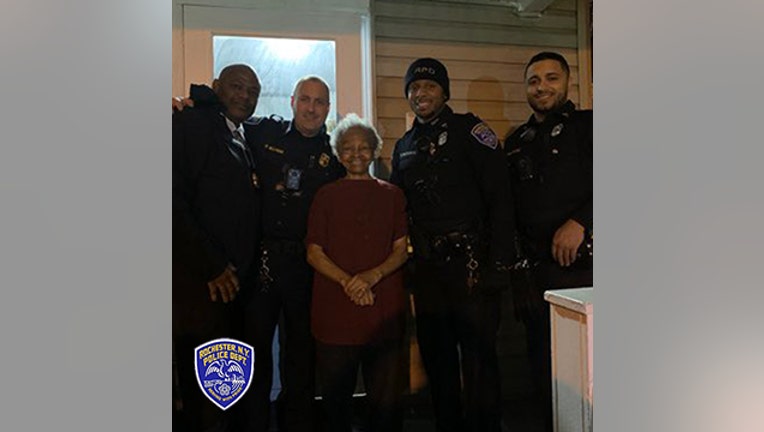 ROCHESTER, N.Y. - An intruder didn't count on an 82-year-old woman living alone being an award-winning bodybuilder with nerves of steel.

Willie Murphy told WHAM she was getting ready for bed Thursday at her home in Rochester, New York, when a man pounded on the door and said he needed an ambulance.

Murphy called police but wouldn't open the door. Then the man broke in.

She said she clobbered him with a table, poured shampoo in his face and was beating him with a broom when police arrived.

The man was sent to a hospital. Police tweeted a photo of officers posing with Murphy, calling her "tough as nails."

Murphy works out almost daily at a Rochester gym and says she can deadlift 225 pounds.