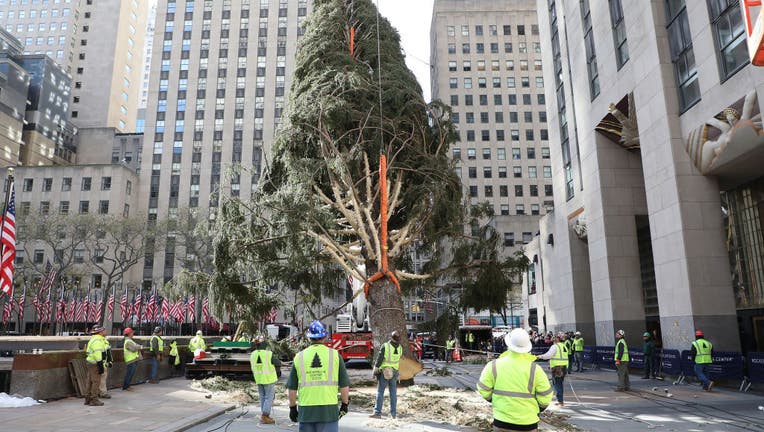 NEW YORK (AP) — A Norway spruce that was purchased as a sapling 60 years ago has been installed at New York City's Rockefeller Center as the anchor of the upcoming Christmas festivities.

The 77-foot (23.5-meter) tree from the village of Florida, New York, was lifted into place Saturday.

Carol Schultz bought the sapling in 1959 and put it on a table. She planted it in her front yard after the Christmas season and watched it grow.

Schultz and her companion, Richard O'Donnell, went onto Rockefeller Center's website in 2010 and entered the tree into the selection pool. They learned earlier this year that it had made the cut.

The tree was chopped down Thursday and lifted by crane onto a flatbed truck.

The televised lighting ceremony will be held Dec. 4.