Police are looking for a man who opened fire on a street in Brooklyn, striking a bystander who was sitting on an MTA bus.

NEW YORK - A gunman opened fire in a busy intersection in Brooklyn, wounding a bystander riding a bus on Tuesday afternoon, police said.

The gunfire erupted near Fulton Street and Tompkins Avenue in Bedford-Stuyvesant at about 2:40 p.m., the NYPD said.

One round grazed a 70-year-old woman's head, Chief of Detectives Rodney Harrison said. She was sitting near the back of a B25 bus, which was driving along its route on Fulton Street.

The gunman was wearing a red or orange jacket, jeans, and white sneakers, Harrison said. He fired several times.

The NYPD says shootings have almost doubled in 2020 from the year before.

Passengers ducked down and told the driver that the woman was hurt, police said.

The wounded woman was taken to the hospital and is listed in stable condition.

A passenger on a bus in Brooklyn was hit by gunfire. The bus driver stayed calm and got the passengers to safety, an official with the Transport Workers Union said. 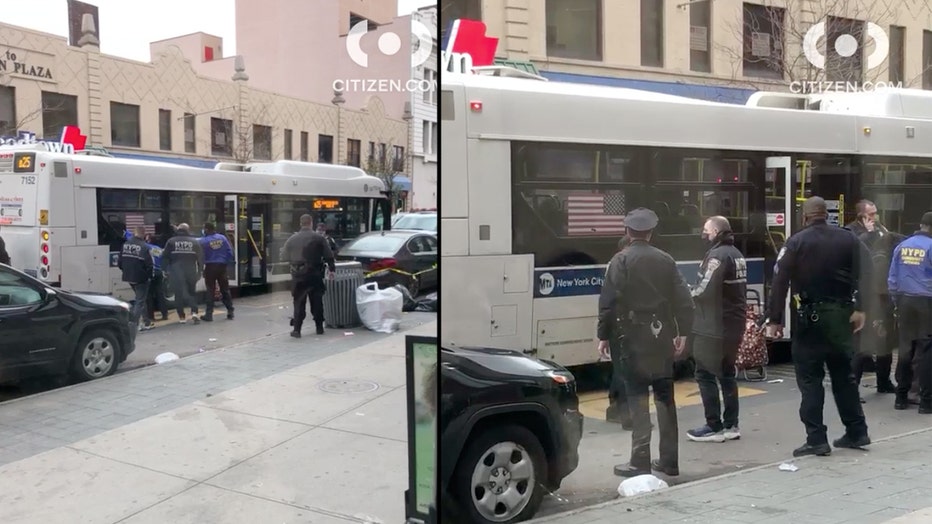