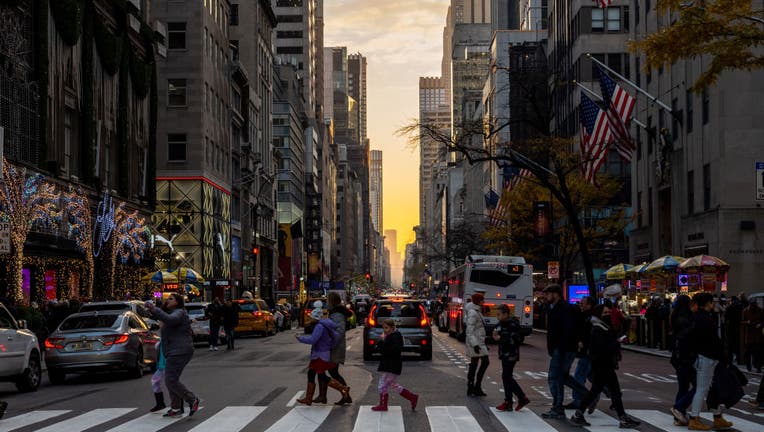 NEW YORK - For the first time ever, Manhattan's Fifth Avenue will be closed to all vehicular traffic for three Sundays in December as part of a program dubbed "Fifth Avenue for All."

Food vendors and musicians will take over the street's sidewalks, meaning it should be a little easier to look at the Rockefeller Center Christmas Tree this year.

It isn't clear what this means for the MTA bus routes that run along the avenue.

An MTA official said the agency was working with the city to "[mitigate] the impact to New Yorkers who rely on buses to get where they need to go."

"In the meantime, we will also be working with the City to establish and preserve a dedicated safe bus travel lane on Fifth Avenue throughout the holidays," NYC Transit Chief Operating Officer Craig Cipriano said in a statement.

The event is one more of a multitude of events taking place during the holiday season this year all across New York City:

Yes, it's not even Halloween yet, but that's not stopping the Winter Village at Bryant Park from opening for its 21st year. FOX 5 NY's Jennifer Williams takes an up-close look at the fun.