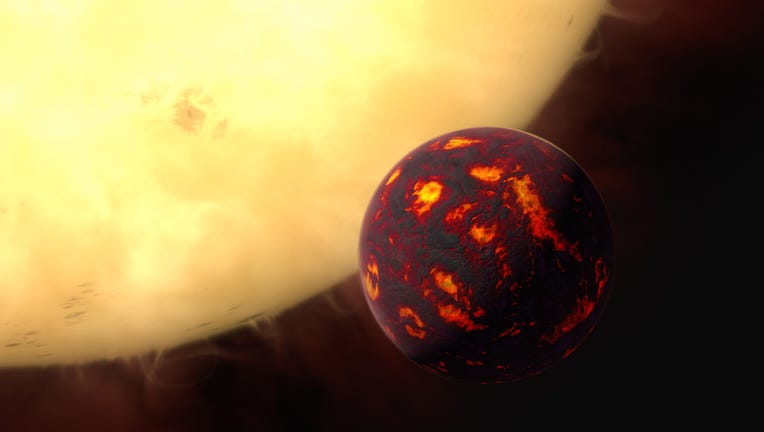 An artist’s impression shows the super-Earth 55 Cancri e in front of its parent star. (Credit: NASA/ESA)

Scientists have published new details about a scorching hot super-Earth where a year only lasts 17.5 hours and its surface is an ocean of lava.

The 55 Cancri e — abbreviated 55 Cnc e — is roughly 3,600 degrees Fahrenheit and is nicknamed the "hell planet" because of its proximity to its sun, according to researchers. The planet is classified as a super-Earth, meaning an exoplanet that’s larger than Earth but smaller than Neptune. The hell planet is located about 40 light years from Earth.

But the astronomers said planets don’t form this close to their star because the temperatures are simply too hot, and one puzzle they’re trying to solve is how 55 Cnc e got so close to its sun — called Copernicus.

RELATED: This interactive map tells you everything you didn’t want to know about an asteroid hitting Earth

Using a new Yale University-built instrument used in conjunction with Lowell Observatory’s Lowell Discovery Telescope (LDT) in Arizona, scientists were able to determine the planet’s orbital path and how 55 Cnc e got where it is today.

The new findings were published on Dec. 8 in the journal Nature Astronomy, representing some of the most precise data on the tiny, hot exoplanet to date, the astronomers said.

"While the Earth completes one orbit around our sun in 365 days, the planet studied here orbits once every 17.5 hours, hugging its host star, 55 Cnc," Debra Fischer, the Eugene Higgins Professor of Astronomy in Yale’s Faculty of Arts and Sciences and senior author of the new study, said in a statement.

"Astronomers expect that this planet formed much farther away and then spiraled into its current orbit," Fischer continued. "That journey could have kicked the planet out of the equatorial plane of the star, but this result shows the planet held on tight." 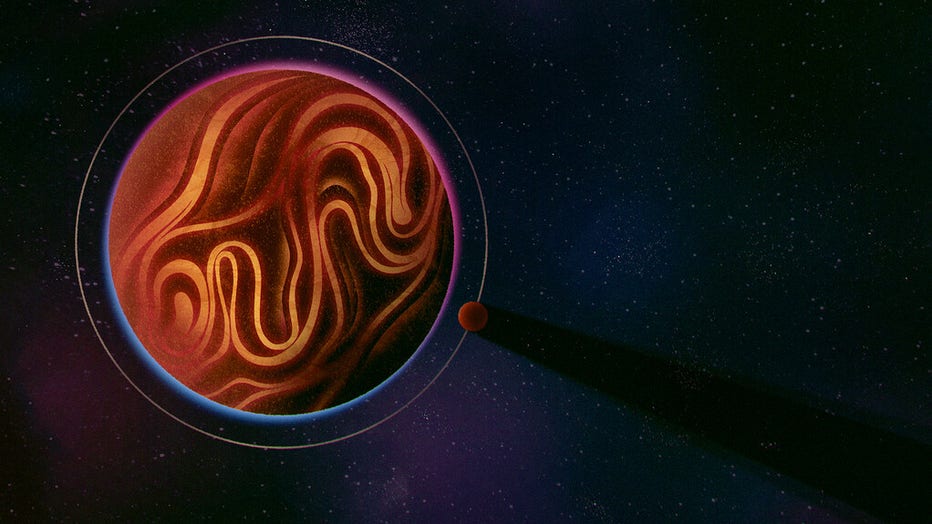 In the new study, the astronomers learned that 55 Cnc e orbits Copernicus along the star’s equator — unlike the other four planets in the system, which are on different orbital paths.

The study authors said that this indicates that the planet may have formed in a relatively cooler orbit farther out and slowly fell toward its sun over time. As 55 Cnc e moved closer, the stronger gravitational pull from the sun’s "thicker, equatorial middle" changed the planet’s orbit.

Dwarf planet Ceres found to have sea water beneath its surface

Located in the main asteroid belt between Mars and Jupiter, Ceres was discovered to have a deep reservoir of salt-enriched water that stretches for hundreds of miles.

Fischer said the findings may help researchers better understand how planets form and move over time. This information is also helpful in finding how common it is for an Earth-like environment to exist elsewhere in the universe, the astronomer added.

"Our precision with EXPRES today is more than 1,000 times better than what we had 25 years ago when I started working as a planet hunter," Fischer said. "Improving measurement precision was the primary goal of my career because it allows us to detect smaller planets as we search for Earth analogs."