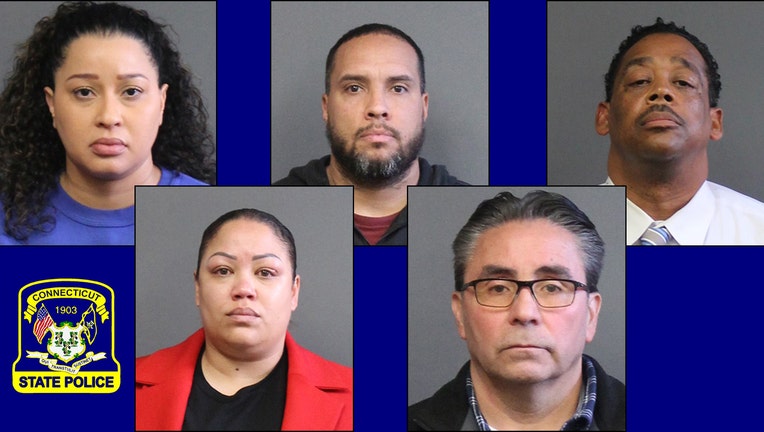 CONNECTICUT - Authorities charged five Connecticut police officers with misdemeanors in connection with the treatment of a Black man who was paralyzed from the chest down while in custody earlier this year.

New Haven police officers were driving Randy Cox, 36, in a police van that didn't have seat belts to a police station to be processed on a weapons charge back on June 19 when the driver braked hard, apparently to avoid a collision, police said. That caused Cox to fly headfirst into the wall of the van.

Cox told the cops that he couldn't move and pleaded for help. Officers mocked him and accused him of being drunk and faking his injuries. Then they dragged him by his feet from the van and put him in a holding cell prior.

Cox was eventually taken to a hospital, where he underwent surgery for severe next and spine injuries, authorities said.

The officers surrendered to state troopers on Monday. After police processed them on second-degree reckless endangerment and cruelty to persons charges, the officers each posted a $25,000 bond and were released.

They are due back in court on Dec. 8.

In the wake of the incident, New Haven officials announced a series of police reforms, including eliminating the use of police vans for most prisoner transports and using marked police vehicles instead. Officers are now required to call for an ambulance right away if a detainee either asks for medical attention or appears to need it.

Back in June, Mayor Justin Elicker said in a statement that he watched body camera footage of what happened and that it "deeply concerned" him. In July, he and the chief of police announced the reforms.

"The incident that happened with Mr. Cox was unacceptable, and we are committed to making the necessary changes and having the necessary conversations to further strengthen the City's approach to public safety and to ensure that our police department is operating in a manner that best serves our residents, supports our officers, and is consistent with our shared values of dignity, respect, and compassion for all New Haveners," Elicker said in a statement released on July 7. "We promised the public quick and decisive action and accountability, and today's initiatives and reforms are important steps towards fulfilling that commitment."

The state later dropped all charges against Cox that led to him being put in the van.

Civil rights advocates, including the NAACP, have compared this incident to the Freddie Gray case in Baltimore. Gray, who was also Black, died in 2015 after he suffered a spinal injury while handcuffed and shackled in a city police van.