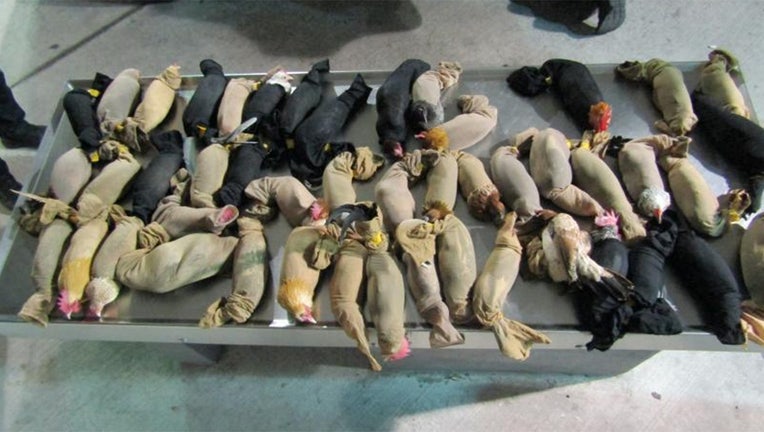 A photo released by CBP shows the chickens that were found hidden in a car at the U.S.-Mexico border.

NEW YORK - Border patrol agents got quite a surprise when they inspected a car at the Gateway to the Americas Bridge in Texas.

They found 47 fighting roosters and hens hidden in a car.

The incident happened on November 12th, when a United States citizen came back into the country and was referred for inspection by Customs and Border Patrol officers.

The live birds were found concealed underneath the seats, floor mats, inside the glove compartment, and trunk of the vehicle.  They also found some inside a passenger's purse.

"This is a large quantity of live animals, a significant violation of federal agriculture law," Laredo Port Director Alberto Flores said in a statement.

The driver had their car seized and they face a $500 fine.